OSCE PA President George Tsereteli (MP, Georgia) welcomed today in Tashkent the continued engagement of Uzbekistan with the OSCE, and discussed with the country’s authorities how parliamentary diplomacy can contribute to stability and development in Central Asia.

“The planned decisive reforms to strengthen the role of parliament in Uzbekistan will be to the great benefit not only of the country and its people, but to the entire Central Asian region and the wider OSCE. High-level parliamentary dialogue can create strong partnerships to deal with regional challenges,” said Tsereteli. “I am especially honored to be here to strongly welcome and encourage Uzbekistan’s growing participation in the work of the OSCE Parliamentary Assembly.”

The OSCE PA President was in Tashkent on his first official visit to the country, together with his Special Representative on Central Asia, Austrian parliamentarian Roman Haider, the Chair of the OSCE PA’s General Committee on Democracy, Human Rights and Humanitarian Questions, Margareta Kiener Nellen, and OSCE PA Deputy Secretary General Semyon Dzakhaev.

Today they met with Senate Chairman Nigmatilla Yuldashev, Legislative Council Deputy Speaker Savar Otamuratov, and Members of the Delegation of Uzbekistan to the OSCE PA, Headed by Senate Deputy Chairperson Svetlana Artikova as well as senior officials at the Ministry of Foreign Affairs. Discussions focused on regional co-operation and security, domestic reforms, human rights protections, water management and environmental challenges, and the fight against terrorism.

“Uzbekistan is on the frontlines of many priority challenges in Europe and the wider OSCE, in particular the fight against terrorism,” said Roman Haider. “I’m pleased to have this opportunity to speak with parliamentary colleagues in Tashkent, ensuring closer co-operation. Such exchanges are a good way for the OSCE PA to learn from Uzbekistan’s experience in such fields, and also to offer some solutions our Assembly has accumulated over the years.”

President Tsereteli and the delegation highlighted the strong contribution being made by the OSCE Project Co-ordinator in Uzbekistan, Ambassador John MacGregor, and his office, including through assistance in strengthening legislation and advising on improving the performance of state authorities, government agencies and civil society organizations.

Kiener Nellen welcomed progress achieved in the area of human rights, and particularly applauded reforms planned in the area of governance and the rule of law, as part of the country’s broader Action Strategy on the further development of Uzbekistan for the period 2017-2021. “Ensuring good governance and reforming the judiciary, the police and the penitentiary systems are essential to strengthening the trust of citizens and democratic consolidation” she noted. “This ambitious undertaking of crucial reforms, if accompanied with efforts to create conditions for further development of civil society, can help to unlock the real potential of this vibrant country.”

The OSCE PA delegation’s visit to Uzbekistan continues in Samarkand for the Asian Forum on Human Rights taking place through 23 November. 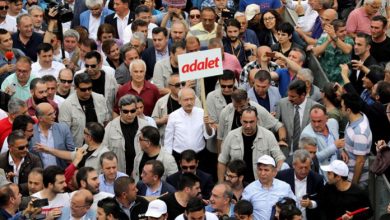 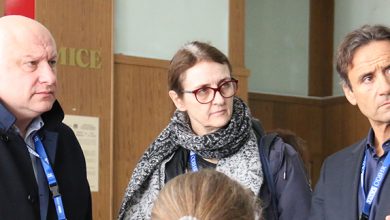