The intensification of Turkish–Ukrainian relations is one of the main new developments of recent
years. It represents an important stability factor as it re-establishes a balance that had been troubled
by Russia’s annexation of Crimea, illegal from the point of view of international law.

Russia and Turkey are “united” by common interests such as: the energy trade; the sale of weaponry
systems (in particular the S-400 missile system, that allows to cover the Black Sea as well as parts of
the Mediterranean); political specificities and, above all, by the need to keep the Black Sea under the
exclusive dominance of main coastal powers. Turkey remains a NATO member, but its relations
with other Member States have progressively and seriously deteriorated.

Erdogan skilfully uses NATO membership to oppose Russia in case of necessity, while at the same
time threatening to expand relations with Russia to obtain concessions from NATO, insofar as it
plays a key role for US military protection in the Middle East and beyond. Therefore, Erdogan
consummately triangulates between diametrically opposing interests, the third angle being the
growing synergy between Ukraine and Turkey; this is fundamental for Turkey as a means to protect
the residual Tatar population in Crimea, strongly controlled by Russian authorities. The latter issue
represents a powerful irritant between Russia and Turkey.

Thus, a long-lasting entente between the main powers of the Black Sea is still lacking, because Russia
and Turkey are divided by regional problems too: the southern Caucasus, Nagorno-Karabakh in
particular; and Syria and the Eastern Mediterranean, where Pan-Turkism, or Pan-Turanism,
inevitably clashes with the expansionist aims of the Russian neighbour. These irritate further a
militarily powerful state like Turkey (the military strength of which was however weakened after the
army purges that followed the July 2016 coup attempt).

The question of the Tatar minority in Crimea is particularly prickly. This population denounces a
persecution by the Russian authorities, justified by the presence Islamic terrorism cells, and by the
Tatar opposition to Russian occupation of Crimea. At the international level this prevents the world
from getting the unanimously pacified image of the occupation that the majority of the local Russian
population (65–70% of Crimean residents) overwhelmingly voted for, albeit in a referendum that
was questionable vis-à-vis international standards. There exists therefore a problem of internal
divides within the Crimean population on which the Russian government is working, sometimes
resorting to violence

Russia is trying to reinforce a degree of internal unity, above all to show the world a good level of
cohesion in order to receive international recognition of the annexation and bring an end to the
sanctions imposed by major countries, as well as assuring for good the recognition of Crimea as an
integral part of the Russian Federation.

This is something that the new Russian Constitution has recently recognized with a reference to
Crimea as non-separable (неотделими) from the Federation and that has also been visibly
concretized by the railway bridge on the Kerch strait, linking physically, as well as symbolically,
Russia and Crimea.

Politics use symbols as well as of concrete facts, and the remarkable symbolic importance of Crimea
for Russian national pride, as well as its intrinsically strategic importance (southern borders
protection and vital air-naval bases) will make any negotiations for a future restoration to Ukraine
very difficult.

They could even fail notwithstanding the mediation of the UN, the EU, or OSCE; this is an
organization that plays a prominent role in the post-Soviet area and in eastern Ukraine in particular,
more precisely in the Donbass – where it tries to mediate and interpose between the anti-Kyiv rebels
and the Ukrainian army.

In the background to this state of affairs we find an intensification of commercial relations through
a free trade and military cooperation agreement between Turkey and Ukraine. In addition, a sort of
twinning is on the cards, in the sense that Ukraine has declared an interest in promoting cooperation
with Turkey in the religious field too. This even contemplates the building of an important new
mosque in Kyiv, a way to acknowledge and reward the small Ukrainian Muslim community.

This understanding with Islam and Turkey, however tactical and non-ideological, functioning as an
anti-Russian counterbalance, will have negative repercussions among the more conservative,
nationalist and extremist sectors of Ukrainian society, the so-called Identitarian and Monistic
currents. These call for a purely “ethnic” and linguistic identity of the Ukrainian people, who after
the two world wars (and particularly the Second), became more homogenous because of the
territorial changes and “ethnic cleansings” of foreign populations such as Jews and Poles.

At the international diplomatic level, this unique alliance between Turkey and Ukraine will end up
shifting the votes of many Islamic states towards Ukraine when the UN will decide on the clearing
process for Crimea, something already sanctioned by the UN more than once. What is clear is a sort of heated competition between Russia and Ukraine to obtain the favour of the Arab world
internationally and within the United Nations, and to gain access to Middle Eastern markets, for
which the control of the Black Sea is essential. The latter is also key for the extraction of gas and oil,
which is a further element of tension between Moscow and Kyiv.

Crimea is of course the main attrition point, that in time could lead to a political clash of
unprecedented dimensions, as the one that followed the Soviet invasion of Afghanistan in 1979.
Today the line-up of powers would be different with Russia and Iran and China aligned purposefully
against the USA and the rest, but with Turkey (notwithstanding its present “ideologically” motivated
anti-US course), that has clearly no interest in a further Russian military strengthening or
encroaching into the Black Sea whose access in turn is controlled through the Montreux Convention
(1936) by Turkey.

The Crimean issue, depending also from the new US Presidency, could also become one of the
rallying points in order to decide much wider stakes, such as: the final establishment of democracies
or authoritarian states in the region and the definitive supremacy of the trans-Atlantic bloc pivoting
on Asia or of the Eastern grouping of powers, exemplified by Iran, China and Russia.
In the meantime, Turkey and Ukraine can be seen restraining actors vis-à-vis the Russian military
power in the Black Sea, working therefore as proxy containment factors, broadly serving US and
EU’s interests.

Needless to say, this convergence between Turkey and Ukraine is frowned upon by Moscow and
followed with a degree of alarm as intrinsically aimed at containing Russia’s expansionistic
aspirations. On the other hand, certain actors outside the region, the US in particular, view an
alliance between Ankara and Kyiv positively, as one specifically aimed at holding back Moscow from
satisfying its strategic requirements for projection, thus exempting it from a considerable increase of
its military presence in the Black Sea.

This military presence should be aimed above all at:
– protecting free and unfettered navigation in the Black Sea – as guaranteed by the 1936
Montreux Convention, which regulates the transit of civil and war ships from other coastal countries in the Turkish Straits and of vessels from non-coastal countries (with certain
added restrictions);
– guaranteeing free trade;
– and avoiding the imposition of any naval blockades to the detriment of the coastal states (a
guiding principle of international legality, opposed to policies of “areas of influence” by the
more powerful states) or any strategic projection towards the Caspian Sea, the south
Caucasus and the Middle East.
These aims are symmetrically and diametrically opposed to the interests of Moscow (that
benefits from the silent backing of powers such as China and Iran, strongly interested in
containing any US economic expansion or the projection of US and NATO naval air forces
towards the Caspian Sea – for which the 2018 Convention between the five coastal states
explicitly bans the presence of foreign military bases in the area – and Central Asia, notably rich
in energy resources and that is crucial for them to maintain or increase their political weight at
the worldwide level).

Moscow considers the Black Sea an indispensable lever for its commercial and energetic
expansion and military security in the Mediterranean and in other parts of the globe, with the
increased risk of military incidents that this involves. A further factor is that the 1936 Montreux
Convention still makes it very difficult for non-coastal states such as the USA and Great Britain,
which have the most difficult and tense relations with Russia, to have a naval military presence,
even in rotation, in the area.

The Ankara-Kyiv waltz is making sense for the moment, but it is unclear if it will evolve into a
lasting partnership.

Zelensky: Russia’s execution of ITLOS order to release Ukrainian sailors could be signal of readiness to end conflict with Ukraine

Zelensky: Russia’s execution of ITLOS order to release Ukrainian sailors could be signal of readiness to end conflict with Ukraine 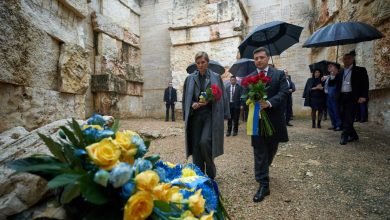 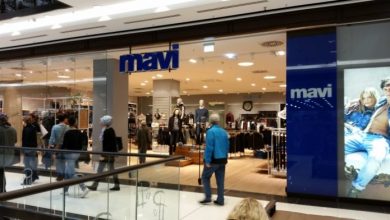 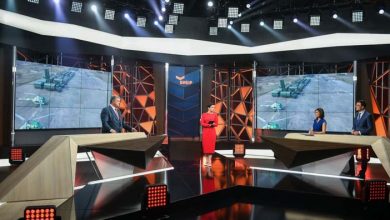 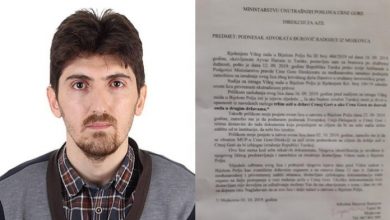