Former Turkish Prime Minister Ahmet Davutoğlu will make public the establishment of a new political party at a fast-breaking dinner in the southeastern province of Diyarbakır, according to a report in the Deutsche Welle on Monday.

There have been rumors for a while that top former Justice and Development Party (AKP) figures are getting ready to found a new political party as they are uneasy with the policies of the AKP government and its leader and President Recep Tayyip Erdoğan.

Davutoğlu, who served in top positions of AKP governments until he was forced to step down as prime minister in 2016, have begun to voice his criticism of the AKP policies publicly recently.

According to DW, Davutoğlu is making the preparations for the organization of a large fast-breaking dinner in Diyarbakır where he is expected to make the first announcement about the new party.

Davutoğlu reportedly contacted with former and current leading AKP politicians such as former ministers Mehmet Şimşek, Cevdet Yılmaz and current AKP deputy chairman Numan Kurtulmuş, asking their support for the new party, but all have refused to give their support to the former prime minister.

In the meantime, former AKP minister Ali Babacan is not acting with Davutoğlu as he wants to be the leader of a new party, according to DW. Babacan reportedly got the support of 35 former AKP deputies for his own political party.

Last week, Davutoğlu voiced concern about a controversial decision by Turkey’s election authority to cancel the results of a mayoral election in İstanbul, which was won by an opposition candidate.

Earlier this month, in his first major public challenge to President Erdoğan since leaving office, Davutoğlu also slammed the AKP’s economic policies, media restrictions and the damage he said it had done to the separation of powers and to Turkey’s institutions. 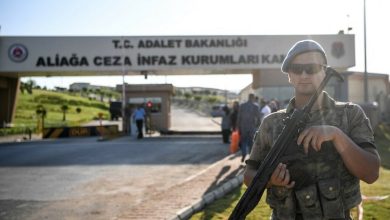