Libya’s eastern military commander Khalifa Haftar has promised to fight Turkish forces if UN-led peace talks in Geneva break down, according to the RFI news website.

“We cannot sit idly by,” said Haftar, according to comments to a Russian news agency. “The armed forces will fulfill their national and constitutional duty to protect citizens, the country’s sovereignty and borders from Turkish invaders,” added Haftar.

Turkey’s President Recep Tayyip Erdoğan confirmed on Friday that Syrian fighters are operating in Libya alongside a Turkish training force, according to reports from AFP. “There are also people from the Syrian National Army,” said Erdoğan, referring to fighters formerly known as the Free Syrian Army.

Erdoğan levelled fresh accusations at Russia, saying some 2,500 mercenaries had been sent to Libya by Moscow. He said some “15,000 terrorists” were supporting Haftar.

Turkey, as well as Qatar, backs the UN-backed Government of National Accord (GNA) in Tripoli, which opposes Haftar, who is supported by Russia, Saudi Arabia and the UAE.

UN envoy Ghassan Salame on Thursday kicked off military negotiations between the GNA and Haftar loyalists. The GNA had shunned a second round of indirect talks following a rocket attack on a port in Tripoli. However, GNA representatives returned to negotiations following a short break, Salame told AFP.

Salame optimistically described both sides in discussions as returning for fresh talks with “even more energy towards finding a deal,” referring to a military settlement as “essential.” 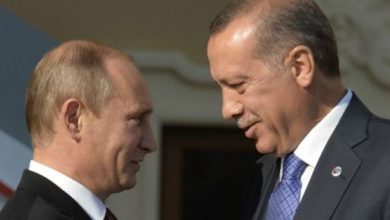 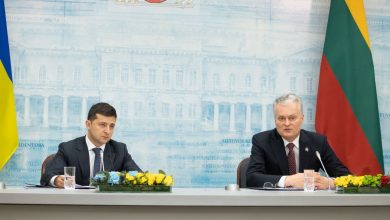 President: Lithuania remains our reliable partner and ally at all international fora