Director of the Department of New Technologies and IT JSC ” NC” Astana EXPO -2017 “Vladimir Sobolev July 4 During the meeting with foreign journalists, he spoke about the prospects for using the facilities of International specialized exhibition “Astana EXPO-2017”, as well as technically new achievements ,which were introduced in the construction of the complex .

According to Sobolev, the tripartite complex EXPO- 2017 in Astana was timed to coincide with an international specialized exhibition. However, initially the organizers had plans that the complex would continue to be used as a tourist and business center of the capital.

“During the construction we used the most advanced technologies. The territory of EXPO -2017 was initially integrated into the general plan of development of Astana as the business district with developed infrastructure. – V. Sobolev – The opening of the International Financial Center “Astana” on the territory of EXPO -2017 is part of the implementation of this plan. Therefore, we can say that our expectations were justified. ”

The expert told about smart projects “Astana EXPO-2017″. So, on the territory of the complex the Smart Grid technology is used, which allows to optimize the work of the entire power system of ” AstanaEXPO-2017″. “We worked with Siemens, and that’s the first implementation of this size in the CIS,” Sobolev stressed.

He explained that 56 power substations are located on the territory of Astana Expo-2017. And the control center built here allowed the operative switching of the substation operation in the case of breakdown, thus excluding the possible rejection of energy in the complex. Later this system will be transferred to the balance of the municipal services of Astana. 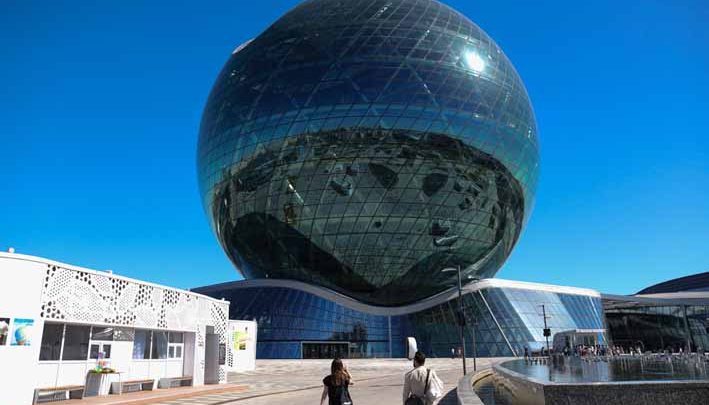 Also on the territory of “Astana EXPO-2017” the biggest paid parking was launched in Kazakhstan for 6000 parking spaces. Now there is a dismantling of the parking equipment and its transferred to the underground parking. The new underground infrastructure will be used by IFCA, the business center and Astana Hub.

In addition, the entire territory is equipped with “smart lighting “. It increases when the dark time of the day comes. There is a sensor and movements on the lighting poles, due to which the illumination is reduced by 20%, if neither cars nor people appear nearby. And the lighting system will also be transferred to the balance of the city ​​of Astana. 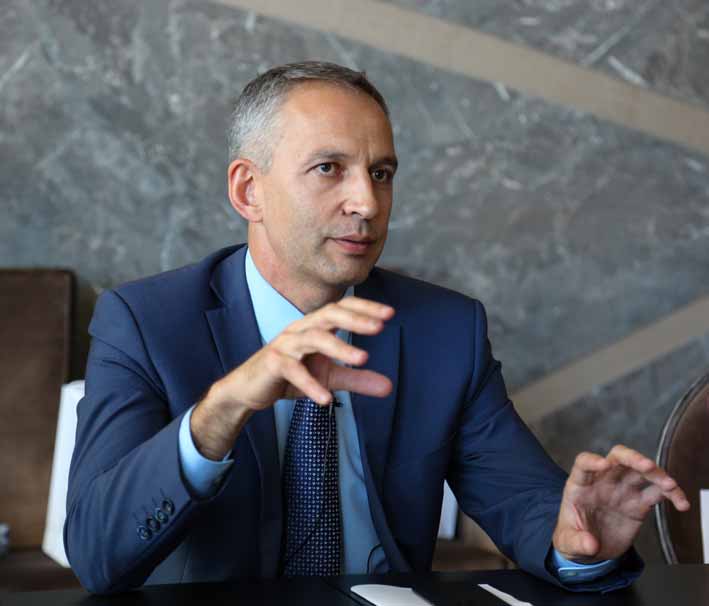 Thus, Solelev noted , all of the projects “Astana EXPO -2017” continue to develop for the benefit of the city.

Energy-efficient technologies were also used in the construction of the main object of the exhibition – sphere “Nur Alem” among them integrated solar panels and wind turbines.

Speaking of further development and, the representative of the national company reported that in April the Concept of post-exhibition use of EXPO was defined. And at the moment, almost all objects are distributed in the sphere of their subsequent use.

Recently, there was an opening of International Techno Park IT- and startups Astana Hub. It will support IT – start – ups, provide tax benefits, favorable terms and other discounts for entrepreneurs in the field of IT – technology, that is to create all the necessary conditions to ensure that young people can come here with their startup projects and implement them. In addition, there will be support of mentors, and prospects of getting acquainted with domestic and foreign investors. Selection of IT – projects already begun. “The guys train, develop their projects, helping to solve a bureaucrat of issues are taken abroad. We invite to work in the hub all talented people, including those from neighboring countries, “- said Sobolev.

Project Astana Hub is realized within the framework of the state program “Digital Kazakhstan”. According to the idea of ​​the organizers, interesting and unique start-ups should be born in this center, which in the future will contribute to the implementation of digitalization.

Today, the site “Astana Expo- 2017” implements such large-scale projects as IFCA, Astana Hub , the Center for “green” technology and IT-university, a business center is being built, it is planned to organize a congress- exhibition platform. In the future plans of the national company – output on self-sufficiency of objects. The EXPO-complex has great prospects and opportunities for development. The complex meets modern requirements of comfort and accessibility, both for business and leisure.