The Dutch Supreme Court (Raad van State Hoger beroep), which had filed an appeal with the Immigration and Foreigners Institution (IND) and a Hizmet Movement member whose Ministry rejected the application, made an important decision Wednesday (13 February 2019).

The Supreme Court ruled that the IND had to accept applications from the Gülen (Hizmet) Movement, which had applied for asylum in the Netherlands.

The reasoning of the Supreme Court decision, after the coup attempt on 15 July 2016. The AKP government in Turkey by witch-hunt started, the pressure and the increase of threats. Hizmet Movement volunteers stressed that they are subjected to inhuman treatment. For these reasons, the applicants who took refuge in the Netherlands concluded that their applications should be positive.

The decision was a hope for migrants from the Hizmet Movement in the Netherlands. Netherlands, the majority of which came from Turkey gave asylum session. The number of asylum applications in 2016 was 235, and in 2018 it reached 1,180. It is estimated that there are 700 people waiting for their turn.

Here is the full text of the decision of the Dutch Supreme Court:

Against: the State Secretary for Justice and Security

Judgment on the appeal of:

against the judgment of the Court of The Hague, seat Middelburg, of 31 May 2018 in case number NL18.8450 in the proceedings between:

By decree of 1 May 2018, the State Secretary, as far as relevant here, rejected an application of the foreigner to grant him a fixed-term residence permit.

By judgment of 31 May 2018, the court declared the appeal brought against it by the foreigner well-founded, annulled that decision and stipulated that the State Secretary shall take a new decision on the application taking into account what was envisaged in the judgment.

The State Secretary appealed against this judgment.

The foreigner made a written statement, appealed a conditionally incidental appeal and submitted further documents.

M.R. M.P.J.W.M. Govers, lawyer in Tilburg, and the State Secretary, represented by M.R. M.M. van Asperen, attorney at The Hague, and M.R. R.A. Visser, were present.

1.1. The Department pays attention to the general situation for Gülenists in Turkey following the coup attempt when assessing the issues in dispute. In view of this and of the current value of the judgment, the Department also includes documents which the parties relied upon only after the judgment was challenged. The documents involved in this procedure are listed in the Annex, which forms part of this judgment.

The State Secretary has therefore worked sufficiently actively with the foreigner. This follows from the judgment of the Department of 15 October 2014, ECLI:NL:RVS:2014:3833. Therefore, the court erroneously considered that the State Secretary, by referring to the aforementioned course of action in the decision, failed to justify the position that he had fulfilled his duty to cooperate.

3.2. The complaint was rightly put forward, but the complaint cannot, in view of what is envisaged below, lead to the annulment of the challenged judgment.

Risk of treatment in breach of Article 3 of the ECHR

The viewpoint of the foreigner

4.1. The foreigner has taken the view that the situation for Gülenists in Turkey is very bad after the coup attempt. To this end, he points to mass redundancies with names on public lists.

He also points to massive arrests. According to the foreigner, the report “A new generation of terrorism: an analysis of FETÖ” of November 2017 by the Turkish National Police Academy shows that 300,000 Gülenists had already been arrested. In addition, newspaper articles published on 21 May and 22 June 2018 by Daily Sabah indicate that many more people will be arrested and convicted. In this context, the foreigner refers to the report of 21 June 2017 by the United Nations Special Rapporteur on Freedom of Expression, which indicates that Gülenists are arrested on arbitrary grounds and are in custody for a long period of time without charge and procedure. Furthermore, in the written statement the foreigner referred to the March 2018 report by the United Nations High Commissioner for Human Rights, which would follow that the number of reported human rights violations has increased significantly, including torture and inhuman treatment during (prior) arrest and detention. This has been confirmed in the 2017 Human Rights Watch report, “World Report: 2018; events of 2017” and Amnesty International’s article, “Turkey abuses and tortures prisoners” of 25 July 2016, according to the foreigner.

The viewpoint of the State Secretary

4.2. The State Secretary took the view that, for example, dismissal is not covered by Article 3 of the ECHR and that, for example, abuse in detention does not occur systematically. According to the State Secretary, the reports submitted by him show that not everyone associated with the Gülen Movement is being prosecuted and detained. Furthermore, it can be seen from the sources available that the situation in Turkey is difficult for Gülenists to predict and that in many cases the arrest of suspected Gülenists is in question.  However, this unpredictability is insufficient to offer international protection to every Gülenist, according to the State Secretary.

4.3. The Department first asked whether Gülenists in Turkey are at a real risk of arrest and detention.

4.3.1. The abovementioned UK Home Office report states that, since July 2016, about 50,000 people have been arrested and 150,000 people have been dismissed. The aforementioned report of the United States Department of Foreign Affairs states that, according to the Turkish Ministry of Justice, 169,013 persons were subject to any criminal investigation on 15 July 2017, of which 55,665 were arrested.

The abovementioned report of the High Commissioner for Human Rights states that, according to the Turkish Ministry of the Interior, 159,506 people were detained at the end of December 2017, of which some 55,000 were arrested. The article of 22 June 2018 submitted by the foreigner states that more arrests are expected to follow.

4.3.2. These figures show that a significant number of people have been detained.

4.4. The question that is also addressed is whether Gülenists in Turkey are in real danger of being exposed to treatment in violation of Article 3 of the ECHR during arrest and detention. Although an arbitrary and therefore unlawful arrest or detention falls in principle within the scope of Article 5 of the ECHR, the circumstances under which this occurs may conflict with Article 3 of the ECHR.

4.4.1. From the documents submitted by the foreigner, the image emerges that arrested and detained Gülenists risk torture and inhuman treatment. For example, Chapter 4 of the abovementioned report by the High Commissioner for Human Rights states that, in the period following the coup attempt, he documented all forms of torture and inhuman treatment by police and other security personnel, including severe assault, sexual violence, electric shock and waterboarding. A large amount of footage depicting the torture of suspects of the coup attempt is widely circulating in Turkish and social media. Turkey has also taken many measures to increase the risk of torture and inhuman treatment, according to the High Commissioner for Human Rights. The report further refers to the report of 18 December 2017 of the United Nations Special Rapporteur against torture.

Although this report also states that the situation improved significantly approximately two weeks after the coup attempt and most prisoners reported no longer being exposed to torture or inhuman treatment, the Special Rapporteur has returned to this in his statement of 1 March 2018 for the 37th session of the Human Rights Council. According to the Special Rapporteur, the number of reports of inhuman treatment is rising again. The aforementioned Human Rights Watch report also states that many cases of torture and inhuman treatment were reported by 2017, including abuse, the adoption of prolonged uncomfortable positions, the threat of rape and the influence of medical examinations. The aforementioned UK Home Office report, submitted by the State Secretary, lists three other sources, including torture and inhuman treatment. It follows, among others, the report “In custody. Police torture and abductions in Turkey” of October 2017 by Human Rights Watch that the amount of cases reported in the media is an indication that torture and inhuman treatment has become a widespread problem and people suspected of ties with the Gülen Movement are at greatest risk of torture along with alleged PKK supporters. In addition, the report of the United States Department of Foreign Affairs submitted by the State Secretary states that the non-governmental organizations Human Rights Association and Human Rights Foundation of Turkey received 423 and 328 complaints respectively in the first 11 months of 2017. It also states that Turkey is blocking the disclosure of the findings of the European Committee for the Prevention of Torture and Inhuman or Humiliating Treatment or Punishment. Finally, the aforementioned sources are critical of the lack of countermeasures by the Turkish Government, such as criminal investigation and prosecution of those guilty of torture.

The Administrative Jurisdiction Department of the Council of State:

signed by Verheij        signed by Schuurman

Pronounced in public on 13 February 2019

Summary of documents involved in the procedure by the Department: 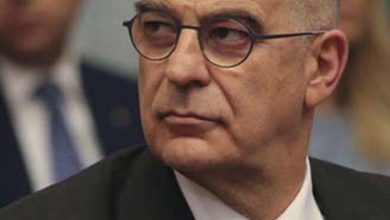 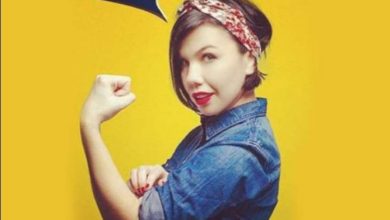 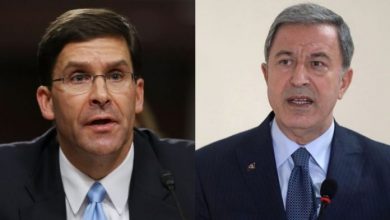