If one thing is for sure about 2019, Fortnite isn’t a fad that’s going to go away. Epic Games has a victory on its hands with its battle royale free-to-play title. Even in a sea of competing games, Fortnite has managed to gain widespread attention, thanks in part to the in-game dances, themed seasons, unique weaponry and overall comradeship.

Now you can bring those battles to real life as Epic Games is partnering with Nerf on Fortnite Blasters and Super Soakers. The blaster line that launches soft foam darts will be landing on March 22, while the super soaker line, which will be perfect for summer water fights, lands on May 7. The entire line is available for preorder. 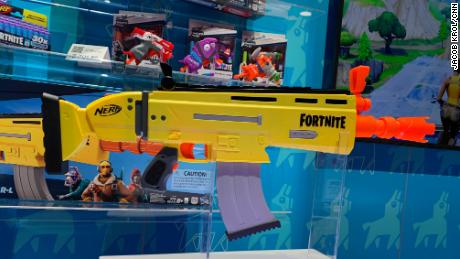 Even better, each of these new blasters is modeled from a weapon in the game and feature bright, fun colors. The AR-L Elite Dart Blaster ($49.99; hasbropulse.com) nails the look of the company’s “SCAR” and is motorized with batteries, allowing you to launch 10 foam darts from a built-in clip that features a friendly llama (a favorite mascot from the game) engraved on it. The Nerf Fortnite foam darts have a purple coloring to them.

The smaller SP-L Elite Dart Blaster ($19.99; hasbropulse.com) also takes inspiration from the game and is more portable. Similarly to how you can customize your character in-game, the barrel of the SP-L comes off and can be mixed and matched — allowing you to get creative! 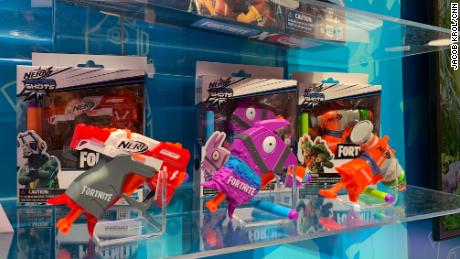 Rounding out the blaster line are the ultra-affordable and portable Microshots. The TS, RL and Llama are all one-dart blasters. It’s a traditional Nerf sized toy that is shrunk and meant to be a collectible, to a degree. My favorite is the Llama with its purple llama shaped head design. For $9.99 you get the mini blaster and two foam darts. 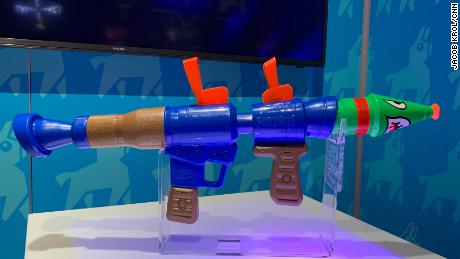 For summer fun, Nerf is releasing three super soakers within the Fortnite line.

The RL Super Soaker ($19.99; hasbropulse.com) is a large water blaster that can hold 9.3 ounces of water. It’s Fortnite-inspired design inspired features a face on the front. You can drench your friends, family and foes with this hand-powered super soaker.

When Does Fortnite Season 10 Start?

When Does Fortnite Season 10 Start?