Former commander of the Turkish Air Forces retired Gen. Akın Öztürk has said a plot was staged against him on the night of a failed coup on July 15, 2016 to portray him as the leader of the abortive putsch, the Kronos news website reported.

Öztürk was detained along with many other military officers on July 16, 2016 immediately after the coup attempt that killed 249 people – including civilians – in Turkey. He was arrested on July 19, 2016 on suspicion of plotting the coup.

On Friday, the former general presented his defense at his trial at the Ankara 17th High Criminal Court.

“While I was still at the military residential complex, Sadık Üstün, a MİT [National Intelligence Organization] official who is a confidant of Abidin Ünal [then-Air Forces commander] called the 8th Army Corps commander to tell him I was the leader of the coup and thus launched the campaign against me. Ünal called me 20 minutes later and told me to go to Akıncı Airbase [in Ankara]. Yes, some people made an agreement in my name [as the coup leader]. The Anadolu news agency was also involved in this as it reported even when I was still at Akıncı that I had been detained and would be tried for treason,” said Öztürk in his defense.

Öztürk came to public attention on July 16, 2016 with photos showing him and other military officers having been battered. There were apparent wounds on his face and body and drops of blood on his T-shirt caused by the maltreatment he was subjected to due to his alleged involvement in the coup attempt.

In his defense Öztürk said he first heard the word “coup” on that night from then-Chief of General Staff Gen. Hulusi Akar, who told him to convince the putschist officers not to stage a coup.

Öztürk said he talked to the officers several times, but his efforts to stop the coup were futile.

“Now I am thinking about this again and say he [Akar] was still the head of the chain of command. He was not under detention. Akar did not even say, ‘I should go to them and speak to them,” said Öztürk.

A group of rebel soldiers, acting outside of the chain of command, attempted a military coup at around 10 p.m. on July 15, 2016. The Turkish government managed to suppress the coup attempt and launched a large-scale crackdown across the country on the media, public servants, judges, prosecutors and teachers, along with rebels within the army. The detentions, arrests and massive purges that followed the crackdown widened and increased after a state of emergency was declared on July 20, 2016 concentrating power formally in the hands of the president by allowing him and his cabinet to make laws by fiat.

Öztürk also talked about the acts of maltreatment he was subjected to while under detention.

“I was subjected to violence by male and female police officers who were in their 20s. They just spilled all their hatred on me. Every senior police officer who came said: ‘I was asked to deal with you specially. We are together today.’ The worst was my photos were taken and shown to other detainees whether they would want to become like me. It was only me on whose nails acid was spilled and who was forced to wear iron handcuffs,” said Öztürk.

He also said he was beaten up by some young soldiers until blood came out of his ears and was asked the question of whether he knows Adil Öksüz, who is claimed to be the civilian leader of the coup attempt with alleged links to the Gülen movement.

Turkish President Recep Tayyip Erdoğan has accused the Gülen movement of being behind the coup attempt, although the movement strongly denies any involvement.

“I was beaten as I said I don’t know him [Öksüz]. Eventually a senior officer was convinced that I didn’t know him. I was beaten for half a day for this,” he said.

The former commander asked the court to hear the testimonies of Akar and Ünal.

“I could not know why Gen. Ünal, a fellow soldier of mine, sent me there [to the Akıncı Airbase]. And Akar did nothing to convince the rebel soldiers to give up and used me. I ask once again that they be heard,” Öztürk said, adding that he believes some people knew about the coup attempt but deliberately did not take action to stop it. 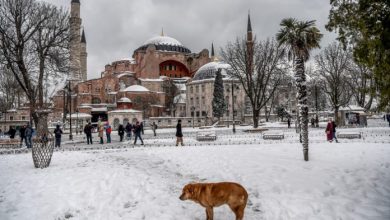 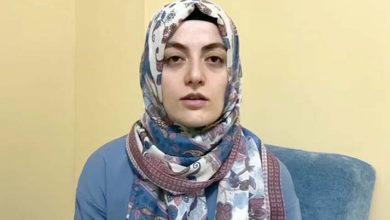