“We appeal to the Government to ensure the organization of the testing of the entire senior management of Ukroboronprom on the polygraph. Separately prepare the lists of those who are to undergo the test. I ask you to include the heads of state enterprises of the defense industry, both the heads of enterprises and those who are responsible for financial activity,” President Petro Poroshenko said during a meeting with Secretary of the National Security and Defense Council of Ukraine Oleksandr Turchynov and Under Secretary of the NSDC Serhiy Kryvonos. The Head of State heard the report by Serhiy Kryvonos on the proposals for examination of Ukroboronprom and the reform of the defense sector.

“In case of finding grounds, I ask you to transfer the relevant results of the polygraph testing to the counterintelligence of the Security Service of Ukraine or to the law enforcement agencies. If certain circumstances of committing a crime are revealed,” Petro Poroshenko noted.

The President also stressed that on the basis of the recommendations of Colonel Kryvonos, he would appeal to the Government for the immediate financing of the international audit of Ukroboronprom. He added that the decision would be made in April.

Petro Poroshenko also emphasized that audit should be also conducted by the State Audit Service of Ukraine and instructed to report him on the timing of the beginning of the audit.

The Head of State stressed that the Accounting Chamber of Ukraine should conduct an audit of Ukroboronprom’s activities. He instructed the Secretary of the National Security and Defense Council Oleksandr Turchynov to take control over the issue and report on the results of the inspection.

Petro Poroshenko stressed the need to include public organizations in the inspection and inform the public about the results of these inspections.

The President also underscored the importance of accelerating the consideration in the Verkhovna Rada of the bill on amendments to the law on the state defense order. “We have to disclose this information,” Petro Poroshenko said. He added that he had consulted with our international partners and they fully supported those steps.

Regarding the issue of the Supervisory Board of Ukroboronprom, the Head of State supported the proposal to involve representatives of our strategic partners to ensure the efficiency and transparency of its functioning.

NSDC Secretary Oleksandr Turchynov reported that the majority of the enterprises of the defense industry worked in regular mode and effectively enough, in particular on the implementation of a missile program approved by the decision of the National Security and Defense Council. “In the near future, it is planned to test new powerful rocket systems and, given their importance for strengthening our country’s defense, we invite you to personally take part in the final stage of the testing,” he said.

The President noted that the latest missile weaponry should be provided to the Armed Forces after the completion of the tests that will take place in the next few days. 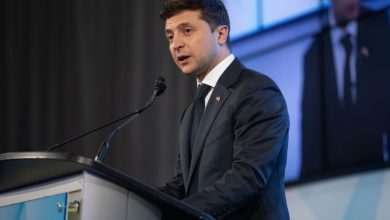 Volodymyr Zelenskyy in Canada: We shall always say – Donbas and Crimea are Ukraine 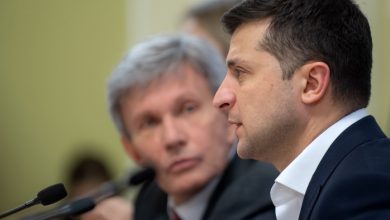 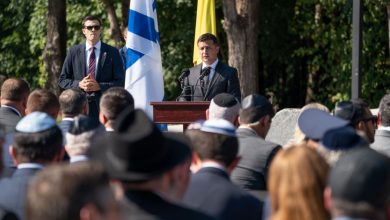