Turkey’s president said on Monday that Turkey and Russia both want to eliminate terrorists from Idlib, a region in northwestern Syria near the Turkish border.

“Ankara will never allow [the presence of] an entity that poses a threat to Turkish and Syrian territorial integrity,” Recep Tayyip Erdoğan said during a joint news conference with Putin at the Kremlin, according to the Hürriyet Daily News.

Turkish and Russian leaders met in Moscow in the latest of a series of summits aiming to boost bilateral relations and trade volume between the two countries.

Ankara continues to take measures in Idlib since it is a “sensitive issue” for Turkey, Erdoğan said.

“On the basis of our common understanding with Russia, we are determined to eliminate the terrorism from Syria that threatens our national security.”

He stressed that Idlib must be completely cleared of terrorism for people to return safely to their homes.

“To date we have taken the steps we should take in Idlib, and we will continue to do so because retreat is impossible.”

Erdoğan also said that both countries are determined to eliminate the terror threats near Turkey’s border, adding that terrorist groups the Kurdistan Workers’ Party (PKK) and the People’s Protection Units (YPG) — its Syrian branch — pose a threat like the Islamic State in Iraq and the Levant (ISIL).

On Turkey’s purchase of a Russian S-400 missile defense system, Erdoğan said no one expects Ankara to renege on the deal, which was its right as a sovereign nation to make.

Putin, for his part, said that Turkish-Russian efforts in Idlib would finally lead to eliminating the terrorist threat there.

Calling the Idlib problem “pressing,” he added that a joint Russian-Turkish monitoring center would be established. 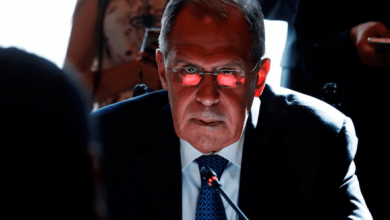