Canan Ş., one of the thousands of teachers who were fired by the Turkish government due to their alleged links to the Gülen movement, committed suicide in the western province of Denizli on Monday, Turkish media reported.

The 40-year-old woman, who left two children behind, was apparently suffering from psychological problems as her husband is also a purge victim and is in jail on allegations of ties to the movement.

There have been frequent cases of suicide among purge victims since the failed coup.

Following the coup attempt, the Turkish government launched a massive crackdown on followers of the movement under the pretext of an anti-coup fight, as a result of which more than 150,000 people were removed from state jobs while in excess of 50,000 others were jailed and some 600,000 people have been investigated on allegations of terrorism.

The body of Canan Ş., who hanged herself, was found by her two children.

Ömer Faruk Gergerlioğlu, a member of the Turkish Parliament from the Kurdish Peoples’ Democratic Party (HDP) and a human rights activist, wrote about Canan Ş.’s tragedy from his Twitter account on Tuesday.

“The latest victim of the genocide. I have so many times said, ‘Don’t push people into so much desperation.’ A purge victim mother whose husband is in jail committed suicide. I have reminded you [government officials] so many times that this would be the result of what you have done to the purge victims,” tweeted Gergerlioğlu.

Justice Ministry working to reinstate passports of some 150,000 purge victims 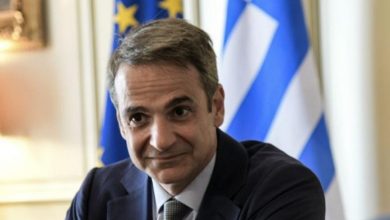