Deputy chairman of the governing Justice and Development Party (AKP) Mahir Ünal claimed on Friday that the Turkish lira will gain in value against the US dollar and that the exchange rate will drop to TL 5 to the dollar following local elections slated for March 31.

Holding an election rally in Gaziantep, Ünal reiterated the government narrative that the lira dropped to as low as 7.40 to the dollar in August due to an “economic attack” on Turkey by foreign powers, without naming the enemies of Turkey that allegedly tried to destroy the Turkish economy.

“It seems based on analyses that the lira will be below 5 to the dollar after the elections,” Ünal stated, adding that the economic attack on Turkey was halted because of the strong presidential system and ability to make swift decisions.

On Feb. 20, a Bloomberg report stated that Turkish households and companies that are faced with runaway inflation and near-zero real returns on local-currency deposits have converted $18 billion of their lira savings into dollars and euros since September.

The rush takes the share of foreign currency held by Turkish residents to 47 percent of total deposits, the highest level in at least 13 years. That is a sign that the creeping dollarization of the economy – a hedge against bouts of depreciation and persistent inflation – that started to pick up in 2011 is not losing steam, despite the central bank’s efforts to anchor the currency. 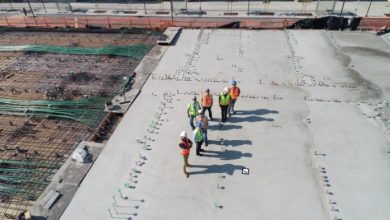