A top Turkish defense industry bureaucrat announced on Thursday that the Russian S-400 air defense system would be delivered in the country next week heightening uncertainty over US sanctions over the country’s procurement of the weapons, Ahval online news platform reported on Thursday.

“You will see them when the S-400s come next week. As we know the sanctions issue, what they are, we are taking our measures against them. They will not dissuade us, they will make us stronger,” Ismail Demir, the chairman of Turkey’s Defence Industry Directorate, was quoted by NTV news channel as saying on Thursday.

The Turkish declaration came after Turkish President Recep Tayyip Erdogan reportedly provided assurance from US President Donald Trump at the G20 Summit in Osaka on Saturday that Turkey would not be subjected to sanctions for its procurement of the Russian system.

Notably, since April, the US authorities including Congress have been threatening Turkey with imposing sanctions if it goes ahead with the purchase of the Russian S-400s fearing they would allow Russia to learn how to spot and track the F-35 fighter jets.

The F-35 jets are built by American firm Lockheed Martin Corp to avoid tracking by enemy radars and heat sensors.

The US had given Ankara until July 31 to scrap the contentious deal.

The US sanctions would include suspension of Turkey’s involvement in the F-35 fighter program to build and operate the stealthy fighter jets, imposing sanctions on Turkish defense supplier firms as well as the imposition of secondary sanctions under the Countering America’s Adversaries Through Sanctions Act (CAATSA).

Speaking in a televised interview with Turkey’s state broadcaster TRT on the same day, Turkish Foreign Minister Mevlut Cavusoglu vowed that the S-400 was a defense system and not an attack system.

Therefore, Cavusoglu said, the system would be activated in case of emergencies.

“Why would they be activated for no reason?” argued Cavusoglu.

NTV reported on Wednesday citing Turkish defense officials who asked not to be named as they were not authorized to speak to the media, that Turkey was working on a plan calledPeace Deployment, to avoid the US sanctions.

According to the plan the S-400s would be activated only in case of severe threats and used only for military drills in peace. However, that did not mean placing the S-400s in depots and being activated when needed, NTV reported.

The S-400s’deployment and activation issue were once more emphasized by the spokesperson of the Turkish Presidency Ibrahim Kalin who said the Russian-built systems “would be used in an active manner” once received.

Speaking to reporters after a cabinet meeting on Thursday, Kalin denied the speculation that the S-400s could be kept in warehouses or held by a third party to ease the frictions over the S-400 acquisition, contradicting Cavusoglu.

The discussions between the defense ministry and the Turkish armed forces on where to deploy the S-400s deployment were still underway, Kalin said.

Turkey plans to deploy the S-400 anti-aircraft missile systems along its southern coast just across the waters where it has also been in conflict with Cyprus over offshore gas exploration, with the US administration saying such a move would further increase the tension in the region, according to a report in late May by Bloomberg which cited confidential knowledgeable four sources.
Turkey still cautious about Trump’s assurance over US sanctions

Despite the seemingly resolved US sanctions issue over the Turkey S-400 deal following Trump’s verbal assurance at the G20 Summit, some are still suspicious about the deal.

The US officials have previously repeated their warnings of sanctions, though Trump had provided Erdogan with similar assurances over sanctions during telephone conversations, Cavusoglu told TRT on Thursday.

“There is no point in being naive or optimistic saying ‘everything will happen the way Trump said’. We are cautious,” Cavusoglu said.

Echoing this, Bulent Aliriza, the founding director of the Turkey Project at the Center for Strategic and International Studies (CSIS) said the reality was that the US administration was in the process of curbing Turkish involvement in the F-35 program, and they would see if and how Trump would intervene to stop it.

“Beyond his obvious desire to ensure a good meeting with Erdoğan, it is entirely possible that Trump, who has a reputation for not reading briefing notes prior to meetings with foreign leaders, may not have been fully aware of the limits of his options to protect Turkey from sanctions,” Alirıza said.

On June 30, Senator Lindsey Graham one of Trump’s strongest supporters said that he doubted whether the US president had actually told his Turkish counterpart that he would find a way around the sanctions.

“It is impossible under our law . . . We also, a couple of days ago, passed legislation banning the sale of the F-35 to Turkey if they activate the Russian S-400 missile battery. There is no way we are going to transfer to Turkey the F-35 technology and let them buy a Russian missile battery at the same time . . . Under our law, there is no discretion,” said the US senator. 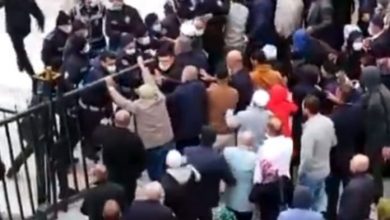 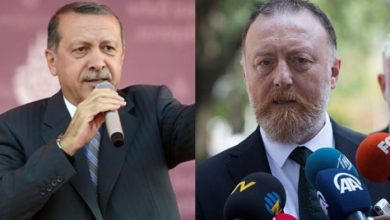 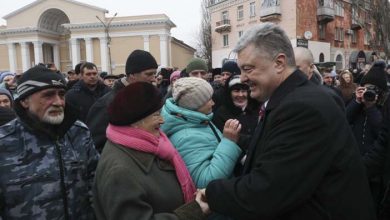