Approximately 124,000 civilians were displaced from the de-escalation zones in the northern Syrian city of Idlib during the Muslim holiday of Eid Al-Adha due to attacks by the regime and Russian forces, according to Turkey’s state-run Anadolu news agency.

Anadolu’s cameras have spotted hundreds of vehicles heading from the southern countryside of Idlib province towards the camps near the Syrian-Turkish border.

Mohammad Hallaj, director of the Civil Response Coordinators Association in northern Syria, told Anadolu that about 124,000 civilians were displaced after the regime and Russian forces made progress in the vicinity of Khan Sheikhoun in the southern countryside of Idlib.

Hallaj noted that the majority of the displaced people (19,231 families) went to the camps of Atma, Deir Hassan and Kafarlosin north of Idlib and said that fears of the siege of the city of Khan Sheikhoun was the main reason behind this displacement.

Hallaj predicted that the number of displaced people would rise to 1 million if the regime and its allies expand their operations towards Saraqeb and Ma’rat al-Nouman towns in the southern countryside of Idlib.

The Syrian army resumed its military operations in the region despite declaring a commitment to the ceasefire during the Astana talks held earlier this month.

In May 2017 Turkey, Russia and Iran announced they had reached an agreement on a “de-escalation zone” in Idlib, as part of the Astana meetings on the Syrian conflict.

Furthermore, the regime forces and their allies continue to launch attacks in the region despite the agreement reached between Turkey and Russia on Sept. 17, 2018 in the Russian city of Sochi.

The Syrian Network for Human Rights revealed in a report that at least 781 civilians, including 208 children, were killed in raids by the regime and its allies to reduce escalation between April 26 and July 27, 2019. 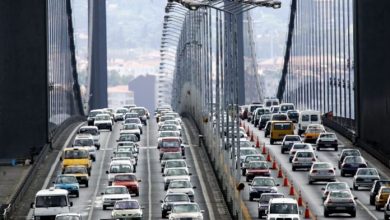