The Turkish president’s chief aide, who advises on Turkey’s relations with Arab and Muslim nations, was found to have been a staunch supporter of the Egyptian Islamic Jihad, listed by the United Nations Security Council as an al-Qaeda-affiliated group, a Nordic Monitor investigation has revealed.

In a series of articles that appeared mainly in pro-Iran publications in Turkey in the 1990s, Sefer Turan, who now serves as chief advisor to Turkish President Recep Tayyip Erdoğan and influences the country’s foreign policy, defended the terrorist group, justified the murders of civilians and government officials in Egypt and leveled criticism against others who described the Islamic Jihad as a terrorist group and condemned the murders.

For example, writing for Turkish magazine Tevhid, funded by the Iranian secret service, back in September 1992, Turan applauded how the Egyptian Islamic Jihad made huge progress with attacks that claimed the lives of many people.

“When we assess the latest attacks by the Islamic Jihad in Egypt, we can see that they made great progress in tactics and in targeting areas. First and foremost, not a single one of them involved in the attacks got caught,” Turan wrote, adding, “The success that the Islamic Jihad gained in resistance and counterattacks against the police put the Egyptian government in a difficult position in the public eye.”

Sefer described militants who were killed in clashes with Egyptian security services as “martyrs” and claimed that the Egyptian people had lined up behind the organization, did not question the attacks and instead protested against the government when the police launched a crackdown on Islamic Jihad members. “People took to the streets, torched various government buildings and protested strongly against government policies and the police’s ugly attitude,” he wrote.

The Turkish president’s advisor appeared satisfied with the attacks, saying, “Moreover, the attacks against tourists and the tourism industry, which dealt a huge blow to the country’s economy, put the government in a difficult position.”

In his provocative article Turan also suggested that Christians in Egypt were aiming to establish their own state, maintain an armed Christian militia and use churches to stockpile weaponry while the Egyptian government simply turned a blind eye to the Christians’ activities. Instead, he argued, Muslims and Islamic groups showed sensitivity in the matter and had been raising the issue in the public debate.

First page of the article by Sefer Turan that promoted the Islamic Jihad:

Adding further to the claims in his article, Erdoğan’s aide wrote that Christians in Egypt were encouraged by Pope Shenouda III, the head of the Coptic Church at the time, whom Turan said had good relations with the United States and former United Nations Secretary-General Boutros-Boutros Ghali, a Coptic Christian, and who Turan maintained had family ties to then-Israeli Prime Minister Yitzhak Rabin.

Turan concluded his article by saying that Egyptian President Hosni Mubarak would have a hard time sustaining his government in Egypt amid the challenges but that only time would tell, expressing hope that the Islamic Jihad would take over the Egyptian government.

Turan’s background partially explains why Turkey has troubled relations with Egypt and others as he is today one of the few influential people in key positions in the Turkish government who shape Turkey’s ties with Egypt as well as Saudi Arabia and the Gulf states. The magazine in which he published the article was funded by the Iranian intelligence services.

A criminal case was launched against the people who ran the magazine in 2000 after an investigation found that they were linked to a series of assassinations in Turkey. Iranian intelligence recruited Turkish teams through Tevhid and its successor, the Selam magazine, developed assets in Turkey, and trained them in the use of arms, explosives and surveillance in military camps in Iran. Among the attacks was that targeting Egyptian administrative attaché Abdallah Husayn al-Kurabi, who was wounded when a bomb planted under his car exploded on October 28, 1991. Dozens of Turkish operatives who worked for Iran’s secret services were convicted and served time in prison while their handlers, who disguised themselves as Iranian diplomats, were expelled from Turkey.

Nordic Monitor previously published a secret document that revealed Turan was a suspect in a confidential investigation by Turkish prosecutors into the clandestine activities of the Islamic Revolutionary Guard Corps (IRGC) Quds Force in Turkey. During the investigation, which was launched in 2010, his phone was wiretapped under a court authorization to obtain the evidence and decipher his ties. However, Erdoğan stepped in and hushed up the investigation in 2014 before prosecutors had time to indict the suspects, saving his aide from criminal prosecution and helping Iranian spies to escape from Turkey.

This is not the only record available that shows how the president’s aide made a sales pitch on behalf of the Islamic Jihad. Turan authored another article on the organization in the Dünya ve Islam quarterly and wrote in detail what the organization was all about. In the 14-page article, published in spring 1992, he described the jihad as a revolutionary armed organization that attracted the interest of Egyptian youth, challenged Egyptian authorities and even managed to assassinate a head of state. He tried to promote the Islamic Jihad to his Turkish audience by quoting extensively from members of the group. In a clear effort to please his handlers in Iran, he devoted a special section on how key members of the Islamic Jihad had positive views about the 1979 revolution in Iran and highlighted the Islamic Jihad leaders’ comments praising Iran while downplaying criticism from some members.

It is clear from a reading of the article that Turan tried to justify the illegal and armed activities of the Islamic Jihad by what he said of the repression in Egypt and wrote that the organization believed the only way to establish an Islamic state in Egypt was through armed jihad. He concluded his article by suggesting that the Islamic Jihad and other Islamic organizations must be unified in Egypt in order to fully exploit their potential.

In another pro-Iran Turkish magazine, Yeryüzü, Turan informed his readers on July 15, 1992 that the Islamic Jihad had been making significant progress in clashes against the Egyptian police and predicted that it would soon take over the government if it manages to appeal to the Egyptian people amid economic difficulties. He praised the assassination of Egyptian professor and columnist Farag Foda on June 8, 1992 and said the hit showed the Islamic Jihad was capable of executing a carefully laid out plan and had mastered its tactics. Describing Foda as a man who had been attacking Muslims, he interpreted the killing as a message to then-President Mubarak.

Turan did not stop there. He also went after other Turkish publications that were critical of the Islamic Jihad. In an article published next to the Islamic Jihad story in the same magazine, Turan lashed out at the popular Zaman newspaper for describing the Islamic Jihad as a terrorist organization. In the article, titled “According to Zaman, Muslim revolutionaries are ‘terrorists’,” Turan questioned why Zaman had described the killing of Foda as a “murder” when the academic was clearly an anti-Islam figure. “It is not only totally wrong to describe the killing of a person who has such beliefs [against Islam] as a murder [which means the perpetrators are murderers] but also gaflah [an Arabic word for heedlessness or negligence, which means a sin in the Islamic context] and a murder in itself,” Turan wrote. He added that the Islamic Jihad aimed to topple the secular regime in Egypt and had been fighting for it, while the Zaman daily was describing the group as a terrorist entity.

The Zaman daily, which used to sell 1.2 million copies a day at its peak, was seized by the Turkish government in March 2016 on a complaint filed by an al-Qaeda-affiliated, pro-Erdoğan group called “Tahşiyeciler‘ led by radical imam Mullah Mohammed that claimed the Zaman newspaper had defamed the jihadist group in articles and opinion pieces and helped prosecute its members. President Erdoğan defended the cleric, who urged the killing of Christians and praised al-Qaeda and its late leader Osama bin Ladin.

After the government takeover, the Zaman newspaper was turned into a government mouthpiece overnight, with chief editors immediately dismissed and government loyalists brought in to run the publication. Circulation dropped to 4,000 a week after a major reader backlash, and the government shut it down in July 2016, wiping out decades of work in the newspaper’s archives and taking down its website.

Sefer Turan’s article that criticized the Zaman newspaper for describing the Islamic Jihad as a terrorist organization:

Zaman was owned by businesspeople who were close the Gülen movement, whose members have been facing imprisonment, torture, surveillance, harassment and threats of death and abduction since 2014, when then-Prime Minister and now President Erdoğan decided to scapegoat the group for his own legal troubles, ranging from corruption to aiding and abetting jihadist groups in Syria. The movement, led by US-based Turkish Muslim cleric Fethullah Gülen, has been an outspoken critic of the Erdoğan government on a variety of issues.

In Turkey, over half a million people affiliated with the Gülen movement have been put in detention facilities on fabricated terrorism charges such as subscribing to Zaman and other critical newspapers in the aftermath of a coup attempt in July 2016. Since then, more than 130,000 civil servants including top diplomats and Constitutional Court judges have been dismissed and/or jailed by the government with no effective judicial or administrative investigation, 4,560 of whom were judges and prosecutors and were replaced by pro-Erdoğan staff. As a result of the massive purge, the Turkish judiciary and law enforcement authorities have become political tools in the hands of the Islamist government of President Erdoğan.

The assets of individuals and entities affiliated with the movement which, according to estimates from Turkey’s Savings Deposit Insurance Fund (TMSF) amounted to $11 billion, were also seized. The government also seized the assets and wealth of critical journalists and deprived them of their livelihood in order to stifle freedom of the press and expression.

The Egyptian Islamic Jihad that Erdoğan’s aide was so clearly enamored with was listed on October 6, 2001 by the United Nations as a terrorist group that was associated with al-Qaeda, Osama bin Laden and the Taliban. It was found to be participating in the financing, planning, facilitating, preparing or perpetrating terror acts and supplying, selling or transferring arms to support the activities of al-Qaeda and bin Laden. The group was led by Aiman Muhammed Rabi al-Zawahiri, who later became the main strategist and theoretician of al-Qaeda.

The Islamic Jihad was responsible for the 1981 assassination of Egyptian President Anwar Sadat. It also claimed responsibility for the attempted assassinations in 1993 of Interior Minister Hassan Al-Alfi and Prime Minister Atef Sedky. The group was responsible for bombing the Egyptian Embassy in Islamabad in 1995 and plotted a similar attack against the US Embassy in Albania in 1998.

In 2001 the Egyptian Islamic Jihad joined forces with bin Laden’s al-Qaeda and was active worldwide under the umbrella of al-Qaeda. Its operatives played a key role in the attacks on the World Trade Center in 1993 and 2001, according to data provided by the UN’s ISIL (Da’esh) and Al-Qaida Sanctions Committee.

Former leaders of the Islamic Jihad formed a political party called the Islamic Party in 2011 in Egypt. 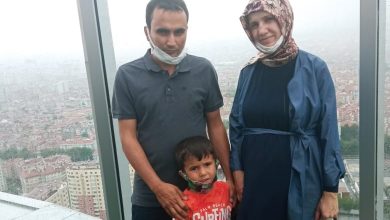 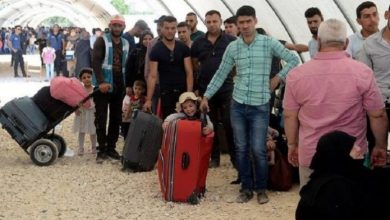