Turkey’s elderly population has grown frustrated with the continuing COVID-19 restrictions for people above the age of 65, feeling that they have been left out of the government’s normalization plans, Deutsche Welle (DW) Turkish service reported on Friday.

Speaking to DW, civil society groups said they have been observing a significant buildup of anger among people over the age of 65, who represent some 9 percent of the population.

“The anger is real since these people have been paying the price for being deprived of their social life,” Gülüstü Salur, a representative from the Senior Rights Association, said. “They are being told to be patient, but they have already abided by measures that they found reasonable.”

Nazan Moroğlu, a member of the İstanbul Bar Association, told DW that the curfew on senior citizens has gone beyond what is permitted under the constitution, which puts forth the principle of proportionality for restrictions on fundamental rights and freedoms.

Turkey imposed a curfew on people above the age of 65 ten days after it registered its first case of COVID-19 on March 11. In the following days, the country gradually included those below the age of 20 and the entire population within the scope of restrictions.

As of June 1 the government announced the easing of restrictions although the elderly remain confined to their homes except for those who are able to prove that they are employed. Jurists have found the decision to be economy-driven, causing significant inequality.

“Look, the curfew was lifted for people who own a store,” writer Ayşe Kulin told DW. “Here, making money suddenly becomes more important than health. I consider this to be a great injustice.”

“My generation is not used to shopping online. We like to pick out fruit at the greengrocer and conduct transactions at the bank,” Kulin said. “They should give us at least half a day because we, too, have the right to be involved in social life, even for an hour a week.” 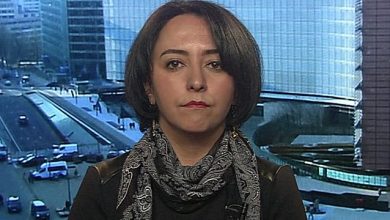