Turkey didn’t stay out of the spotlight for long. The government reignited fears that it’s prioritizing growth over controlling its surging inflation, after announcing a wide range of new tax cuts. The lira slumped and the nation’s bonds dropped. Separately, note that the latest comments from Istanbul on the manner of columnist Jamal Khashoggi’s death are likely to keep tensions between the Turkey and Saudi Arabia elevated. The European stocks most exposed to Turkey could fall at the open, such as Spanish lender BBVA, which was counting the cost of the crisis on Tuesday. Swedish telecoms operator Telia Co. and carmakers like France’s Renault SA are also exposed.

Sterling surged again overnight, after rallying into the European close on Wednesday following British and European officials’ announcement of progress in their Brexit talks, with the U.K. saying a deal will be done by Nov. 21. The latest jump in the currency followed a report from The Times of London saying an agreement had been struck to maintain U.K. banks’ access to EU markets and data post-Brexit. A stronger currency is potentially bad news for a whole raft of dollar earners in the FTSE 100 benchmark this morning, although investors will also contemplate the benefits that a more straightforward divorce could have on British firms’ international trading capabilities. Note that today is also Bank of England rate-decision day.

When disaster strikes, insurers invariably foot the bill. The non-life sector endured a torrid October, with Zurich-based sector heavyweight Swiss Re and the U.K.’s Lancashire Holdings Ltd and RSA Insurance Group Plc all releasing profit warnings blamed largely on the natural catastrophes and extreme weather conditions seen across the globe in the spring and summer months. Last night, U.S. provider American International Group Inc. slipped in after-hours trading after natural disasters weighed on its third quarter, although another update from Swiss Re noted that sector may have now turned a corner for the year. Lancashire also gives another update before the open, and its outlook will be eyed by the entire sector.

The world’s largest steel producer, Dutch-listed ArcelorMittal reported “significantly improved” earnings for the first nine months of the year. The firm is continuing to benefit from U.S. President Donald Trump’s tariffs, which have slashed cheaper imports of the metal from countries like China. “Market conditions remain favorable,” it said. The report could be a marker for the entire metals sector this morning, while investors in close peers like Stockholm-traded SSAB AB will have a particular interest.

Turkey will conduct 'operations' against Erdogan's enemies in U.S. 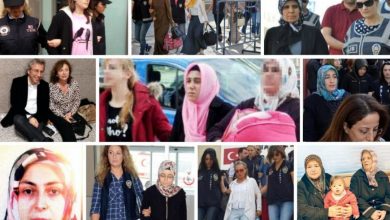 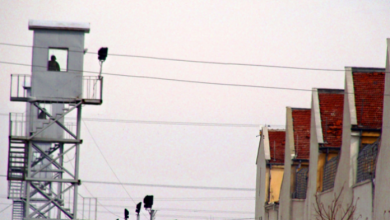