Turkey and Egypt could be heading for conflict in Libya, where they back opposing sides in the country’s war, columnist Seth J. Frantzman said in the Jerusalem Post on Sunday.

Frantzman said that Libya’s conflict is a complex proxy war, in which Turkey has ostensibly stepped up its military intervention in recent months to support the United Nations-recognised, Tripoli-based Government of National Accord (GNA) in its fight against rebel general Khalifa Haftar’s self-styled Libyan National Army (LNA), which is backed by Egypt, Russia, and the United Arab Emirates, among others.

“But it is actually part of Turkey’s desire for a greater role in energy exploration in the Mediterranean and aimed at weakening Egyptian-backed opposition forces. In response Egypt’s president hinted during a tour of a massive military base on Saturday, that Egypt might intervene,” Frantzman said.

The division is also ideological. The GNA has Islamist elements which are linked to the Muslim Brotherhood, which Turkey’s ruling Justice and Development Party is sympathetic to.

Egypt’s President Abdel Fatah el-Sisi ousted the Brotherhood from power in a military coup in 2013.

“Haftar would bring to Libya the same kind of military and conservative rule that Egypt and the Gulf monarchies have,” Frantzman said. “Turkey’s rule would bring the kind of instability and extremism it exported to Idlib and other areas it invaded in northern Syria. Both systems seem to ignore the average Libyans who are caught in the middle of almost 10 years of war.”

Now Egypt’s president is signalling possible red lines in Libya, which could keep the Turkish-backed GNA from Sirte and a strategic airfield at Jufra – splitting the country down the middle.

“This big question now is el-Sisi,” Frantzman said. “Will he send the army, or will the U.S. listen to Egypt’s concerns and encourage a ceasefire.”

Drugs, terror, and the deep state: why Turkey's casinos might be making a comeback 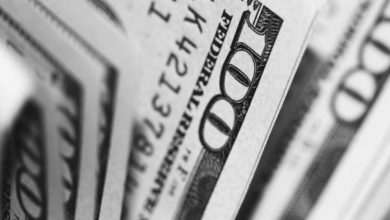