Greece will proceed with plans to extend a cement and barbed-wire fence that it set up in 2012 along its northern border with Turkey to prevent migrants from entering the country, the government said on Monday, according to Reuters.

The conservative government made the decision this year, spokesman Stelios Petsas said, after tens of thousands of asylum seekers tried to enter EU member Greece in late February when Ankara said it would no longer prevent them from doing so.

Greece, which is at odds with neighboring Turkey over a range of issues, has been a gateway to Europe for people fleeing conflicts and poverty in the Middle East and beyond, with more than a million passing through the country in 2015-2016.

The project led by four Greek construction companies will be completed within eight months at an estimated cost of 63 million euros, Petsas told a news briefing.

The 12.5-kilometre fence was built eight years ago to stop migrants from crossing into Greece. It will be extended in areas indicated by Greek police and the army, Petsas said without elaborating. In March, he said it would be extended to 40 kilometers.

Tensions between NATO allies Greece and Turkey, who disagree over where their continental shelves begin and end, have recently escalated further over hydrocarbon resources in the eastern Mediterranean region. 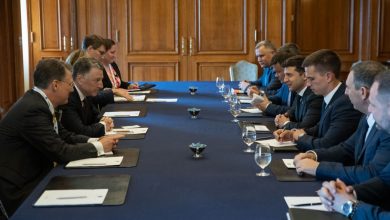 Head of State in a meeting with the Vice President of the World Bank: Ukraine is willing to join the new program of cooperation with the IMF after the formation of the government 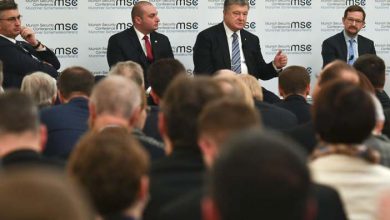