Turkey’s military incursions into northern Iraq since 1992 have displaced the residents of more than 500 Kurdish villages, a select committee set up by the regional parliament of Iraqi Kurdistan found, the Rudaw Kurdish news outlet reported on Saturday.

The parliamentary committee, established on June 29, visited the areas affected by Turkish and Iranian attacks and assessed the security situation to provide an estimate of the losses.

The committee’s survey came amidst a coordinated offensive by Turkey and Iran in mid-June against militants of the Kurdistan Workers’ Party (PKK) and Iranian Kurdish opposition groups in the border areas adjacent to the two countries.

Ankara designates PKK, a Kurdish group that has waged a separatist insurgency against the Turkish state since 1984, as a terrorist organization.

Airstrikes, shelling and offensives, mostly Turkish but sometimes Iranian, have killed dozens of civilians and displaced the residents of 504 villages in Duhok and Erbil provinces in Iraqi Kurdistan, Rudaw said, citing the regional parliament’s conclusions.

According to the report in 2020, in the span of one month from June 5 to July 4 alone, the Turkish Armed Forces fired nearly 669 shells and 70 rockets at border villages in Duhok’s Zakho district.

The Turkish forces at times have carried out operations 40 kilometers into Iraqi Kurdistan territory.

Turkey’s military incursions into northern Iraq are nothing new.

The country’s army has also established direct control over swathes of land in northern Syria through successive offensives against the People’s Protection Units (YPG) since 2018. The YPG, a Syrian Kurdish armed group that played a crucial role in the coalition task force set up to defeat the Islamic State in Iraq and the Levant (ISIL), is viewed by Ankara as an offshoot of the PKK and thus a terrorist organization.

Rights groups and organizations that monitor the region have since accused Turkish soldiers and Turkish-backed rebels of committing war crimes against the local population during the cross-border offensives.

Turkey launched the Operation Peace Spring offensive on Oct. 9, 2019, targeting the YPG along the Turkish-Syrian border. The Turkish military operation began days after a surprise and widely criticized White House announcement that US forces would withdraw from the region.

“Turkish forces have displayed a shameful disregard for civilian life, including through summary killings and unlawful attacks that have killed and injured civilians,” a report by Amnesty International compiling alleged war crimes committed during Operation Peace Spring read. 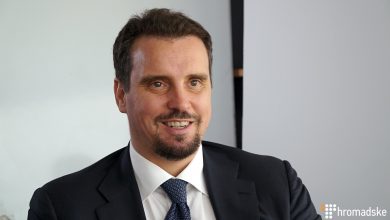