Human Rights Watch (HRW) and the Council of Europe (CoE) have denounced Ankara’s recent crackdown on politicians from the pro-Kurdish Peoples’ Democratic Party (HDP), as a part of which Turkish prosecutors detained 39 people last week and an Ankara court arrested 17 of them on Friday.

“I am deeply concerned about continued arrests, over the last days, of democratically elected representatives from the opposition in Turkey, notably of Mr. Ayhan BILGEN, Co-Mayor of the city of Kars in the south-east of the country, who is a member of our Congress. This morning, news arrived about further detentions including also Co-Mayor Ms Şevin ALACA,” said Anders KNAPE, president of the Congress of Local and Regional Authorities of the Council of Europe, on Thursday.

“Detaining politicians from a party that won nearly 12 percent of the vote in the 2018 general election is part of the Turkish government’s policy to criminalize political opposition,” said Tom Porteous, deputy program director at Human Rights Watch. “The last few years provide ample evidence that Turkey’s courts are all too quick to do the government’s bidding, and this is the latest example.”

The Ankara Chief Public Prosecutor’s Office ordered the detention of Kars Co-mayor Ayhan Bilgen and 81 other politicians on Sept. 25 over their alleged role in protests in Kurdish majority cities against what is seen by many as the Turkish government’s tacit approval of the Kobane siege in 2014, when Islamic State in Iraq and the Levant (ISIL) militants laid a prolonged siege to a Kurdish town in northern Syria.

Selahattin Demirtaş and Figen Yüksekdağ, former co-chairs of the party who have been in prison since November 2016, are jailed on similar charges.

On Thursday the chief public prosecutor’s office of the eastern city of Kars ordered the detention of 19 politicians from the HDP on terror charges, including the city’s co-mayor Alaca and city council members.

President Recep Tayyip Erdoğan’s Justice and Development Party (AKP) government removed Bilgen from office after his arrest, appointing the governor of Kars as a trustee in his stead, decreasing the number of mayoralties run by the HDP to six small councils out of the 65 the party won in the March 2019 polls.

Kars Governor Türker Öksüz, the new trustee, drew the ire of dissidents after photos of him performing Friday prayer in front of the municipal building circulated on social media.

“First act by the #Turkish state-appointed trustee to #Qers municipality: Practicing the Friday Prayer in front of the municipality building. When the Ottomans conquered & occupied new areas, the first thing they did was practicing the Friday Prayer,” a user tweeted, likening the act of the government-appointed Öksüz to the Ottoman practice after the conquest of enemy territory.

"You have to get up and do something for yourself and for others. Then everything will be better" – says Alexander Balabanov 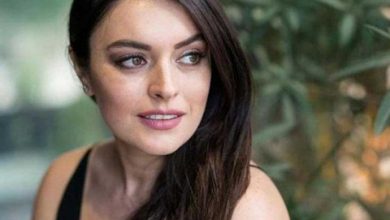 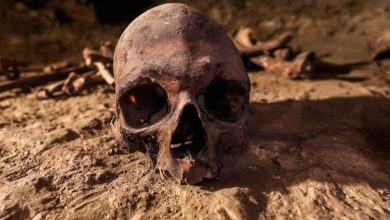