The Turkish parliament approved a new legal reform package on Thursday, specifying in the letter of the law that concrete evidence was a requirement for pre-trial detentions for criminal acts that require imprisonment.

The updated regulation has stirred up much debate over what constitutes ‘concrete evidence’, with opposition politicians and advocacy groups expressing concern that it may lead to impunity in cases of crimes against children.

“In criminal proceedings, statements by women and children must be taken as basis. When you talk about concrete evidence, that must include statements by women and children in cases of rape, harassment and abuse,” Meral Danış Beştaş, deputy chairwoman for the opposition Peoples’ Democratic Party (HDP) and a human rights lawyer, said in a speech in parliament ahead of the vote, BirGün newspaper reported.

“This is what international treaties stipulate regarding women and the best interests of children. Telling women to prove rape will protect men and increase impunity in crimes against women,” Beştaş added.

“Where will the court find concrete evidence in cases of bad faith actors or judges? I am telling you, statements by women and children are concrete evidence. Anybody who thinks or takes action to the contrary is vile,” main opposition Republican People’s Party (CHP) deputy Alpay Antmen said in the same meeting.

Women’s Platform for Equality (EŞİK) issued a statement saying demanding physical evidence -such as recordings, video, etc.- in cases of sexual crimes will “pave the way for impunity”.

Advocacy network We Will Stop Femicides Platform (KCDP) also condemned impunity and added that the new regulations “reduce crimes to being against the unity of the family”.

“The inclusive and progressive law is Law No.6284,” KCDP said in a statement, referring to Turkey’s main legal framework on violence against women. “We do not want new laws to protect perpetrators. We will make them implement the 6284 and the Istanbul Convention!”

Following the backlash, the Justice Ministry issued a clarification on what constitutes concrete evidence.

Another update came in aggravating circumstances for first degree murder, causing grave injury, mistreatment and depriving a person of liberty. Committing these acts against a spouse would be considered an aggravating circumstance and increase prison time in the conviction, and with the new regulation, the coverage has been extended to ex-spouses.

The court will also have to argue why a parole application would be insufficient in cases where it orders the continuation of detention or rejects an appeal for release, daily Evrensel reported.

Parole orders will no longer be indefinite, and the court will have to justify the continuation of parole measures periodically. The court will be able to issue parole for a maximum of two years, with an additional one year option for grave crimes. The maximum term for parole will be four years for terrorism related charges.

Two days of house arrest will count towards one day of sentence served.

Indictments will not be allowed to refer to information unrelated to the charge at hand and the evidence that has been presented.

In cases of acquittal, all records of surveillence will be destroyed under supervision of judges.

Summons documents will include a copy of the indictment, and suspects will be informed of the indictment and the date of the hearing via any and all means of communication available in their file, including digital tools.

In cases related to terrorism, courts will be allowed to extend for up to three years measures against civil servants facing trial

“We are determined to continue to take steps for reform for a legal system that provides trust to all, based on justice and human rights,” Justice Minister Abdulhamit Gül said in a tweet. 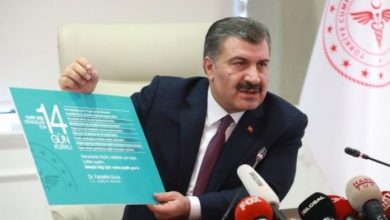