Advertisement
Facebook Twitter LinkedIn Tumblr Pinterest Reddit VKontakte Odnoklassniki Pocket WhatsApp Telegram Viber Share via Email Print
Advertisement
Members of Gulen Movement are threatened; Zelenskyy embraces Erdogan’s “wrongous” demands. Erdogan’s long arm is spreading oppression even beyond Turkey`s borders by way of “transboundary cooperation”.
An another Gulenist Serhat Kilic, who had been working at Meridian International School as an English Teacher since 2013, spoke to UkraynaHaber.com in order to elucidate why he and his family had to flee from Ukraine:

“Indeed, we were forced to leave Ukraine, it was not our wish. I served to Meridian International School 8 complete years as an educator. I started working at  Meridian as a young English Teacher, then I was entrusted with being class teacher and education coach. My school board assigned me to direct English Department and to organize several national and international activities, but sadly we were alleged to be “terrorist” in one night as a result of 15 July 2016 “so-called” military coup.

After this background, I intend to narrate the following period from 15 July 2016 to present chronologically.
In the next days of the failed coup
Right after the failed coup, former Turkish Ambassador to Ukraine Yonet Can Tezel made a statement to the Kyiv Post, in which he blamed us for being terrorist and our institutions for not being legitimate and violating Ukrainian Laws. In every platform he ran on with threats and slanders.
May 2017: First Reflexion to Erdogan’s Long Arm In Ukraine
I am thinking back on the first incident; a Gulenist Ali Yildiz and his family were detained and locked in a room in Kyiv Airport by Ukrainian security officers in consequence of Turkish government’s actions.

Yusuf Inan, a blogger, who has permanent residence, and a business person Salih Zeki Yigit were arrested by Ukrainian Security Service and abducted by Turkish Intelligence (MIT),which remains as the previous conviction of Ukrainian government. What is worse, a few days later local media published a list of a dozen of Gulenists to be detained and deported to Turkey for similar reasons.
I recall those days with dismay. I and my family were so appalled that we hesitated to set our foot outside. It was on the eve of my child’s birth; especially my wife was psychologically influenced and damaged, for another six Gulenists had been abducted from Kosovo in March 2018 and one another group of six Gulenist teachers were kidnapped from Moldova to Turkey. As a result of and since that chain of operations, my wife has not been able to stay at home alone at night unlike before.

Most Recent Bargains Between Ukrainian and Turkish Governments

Honestly, I and my family decided to flee from Ukraine in February 2020, after Ukrainian President Volodymyr Zelenskyy promised Erdogan to charge Ukrainian Security Service to deal with Gulen followers in Ukraine with these words:

“Talking on the ban of those organizations that are behind educational institutions in Ukraine. We have been discussing this topic for a long time today, in detail … Today I received very detailed things, facts, specific names … I gave all this information to our SBU leadership, which should deal with this issue.” 112.ua

These words were verbalised by Zelenskyy at the joint briefing of Erdogan’s visit in Kyiv. What the head of the state explicitly expressed was affirmed by Erdogan.
In point of fact, that attitude evinced Zelenskyy’s and his government’s intention, thereat, we were determined to depart from Ukraine. Accordingly, we obtained Schengen Visa, however pandemic broke out and borders were closed. Notwithstanding, two presidents and governments have not taken steps backward and have taken concrete steps by reaching an agreement at the 9th Meeting of the High-Level Strategic Council, held in Istanbul, on the 10th of April in 2021.
That news made us feel how right we had been to worry; because 12th title of the letter of agreements is as follows:
“Ensure swift processing of requests of extradition.”
Moreover, 19th title  of the contract reveals the intention to shut down or capture our schools in Ukraine:
“Support educational activities of Turkish Maarif Foundation in Ukraine.”
To clarify, I draw your attention to what Turkish President and bureaucrats have been keep telling lately:

Actual ambassador of Turkey in Ukraine, Ahmet Yagmur Guldere, delivered a speech in the commemoration ceremony of 15 July in Kyiv in 2021:
“ As part of fighting against overseas organization of this crime ring, extraditions or deportations of “FETO” members in relevant countries is one of our priorities. Accordingly, more than 120 “FETO” members from different countries all over the world were brought to Turkey and I am glad to emphasize that Ukraine is one of the countries we collaborate on this subject. The existence of schools is one of the key components in the overseas organization of “FETO”. As a result of our endeavors, schools run by “FETO” in 42 countries were shut down. In 26 out of these 42 countries, closed schools were handed over to our Maarif Foundation. Our foundation is also in outstanding effort for opening new schools in order that we undertake our responsibility and mission. Endeavors to open schools  in Ukraine is proceeding. We are determined to fight against “FETO”. With our citizens, cognates and Ukrainian friends, we will our with this organization and we will not give up until the last individual responsible is brought to justice.” 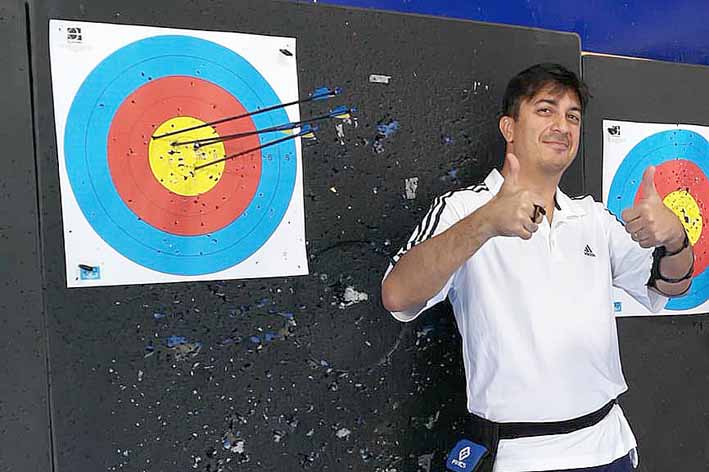 As it is obvious, we did not feel safe, we would not sacrifice our freedom and life safety to despotism. Deportations of 2 Gulenist teachers, Salih Fidan and Samet Gure, by Ukraine to Ankara in January 2021 was an implementation of the agreement between Ukrainian and Turkish states. These two teachers were jailed in Turkey after deportation.

#Ukraine should not extradite people like these teachers to countries where they face political persecution. Ukraine instead should guarantee rule of law and human rights. @ZelenskyyUa @ZelenskyyUa @KyivPost @Hromadske @Kabmin_UA_e @DmytroKuleba https://t.co/fMbFaWJ7VV

Thus, I and my family were forcibly driven to throw ourselves on a European safe country, as most of my old colleagues and friends had to do! 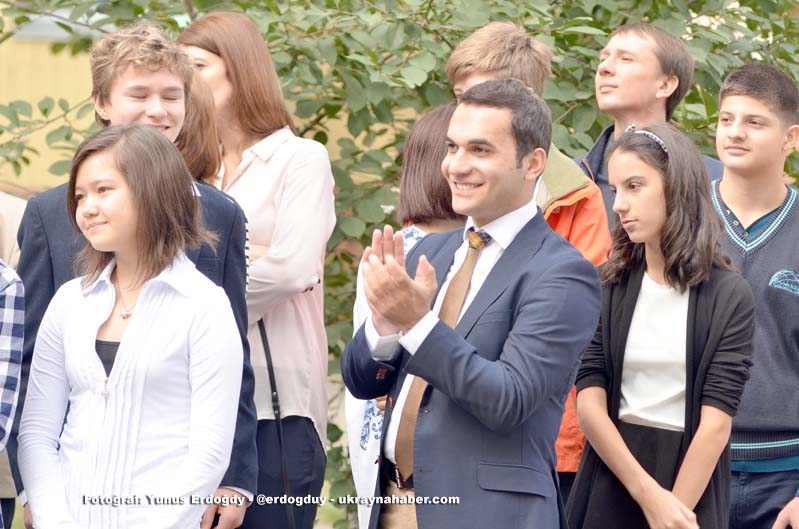 I got death threats and I was sworn

There could not be anything worse than being labeled as “terrorist” and “traitor”. I was leading my students in a summer camp in Dublin once the failed coup was staged. Horrifically, one of my class fellows from secondary school threatened me with death and filled a complaint about me. After that, I guess they were undercover police officers, went to my old house and neighbors to hunt after me. More tragically, that friend of mine, who knows me and family well, sworn to all my values, from my mother to my family, to my honor, to my dignity, to my personality.

I could not attend my mom’s and grandma’s funerals

Unexpectedly I lost my mom by reason of heart attack in 2017. It remains as the most devastating, hurting period in my life, yet I could not act my last duty towards my mom. It is unbelievable that I could not fulfill my longing for the last time and share my sorrow with my kin’s people; If I had attempted to go there I would have been detained and arrested immediately at the airport. Another hurtful experience became of me in 2020, with the loss of my beloved grandma. In fact, this is only one example, many more and more severe happenings are forcibly experienced not only by Gulenists but also by other dissidents in Turkey. 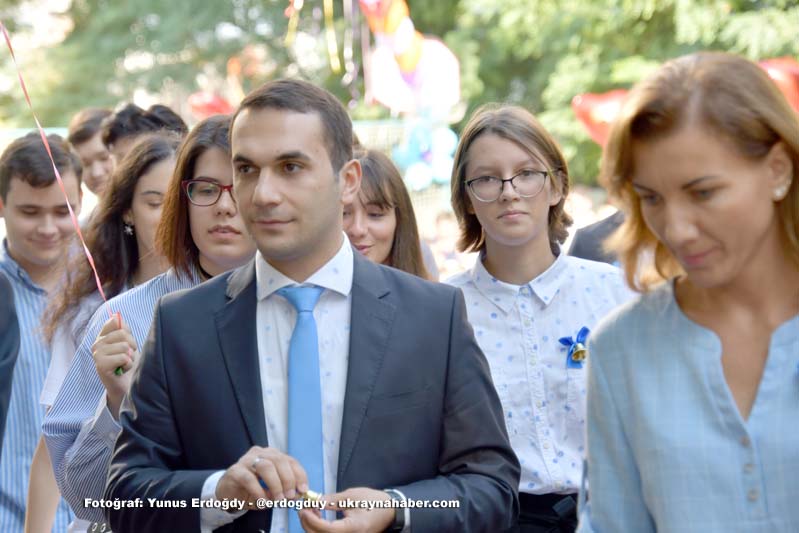 I am in an investigation file of terror crimes

One of the most significant turning points was to incidentally elicit that I was in an investigation file with terror accusation, as I had a dialogue with a friend of mine who took refuge in another European country.
At this stage, we are regretfully witnessing that Ukrainian president and government are going along with the tyranny in Turkey. Indispensably, we had to leave Ukraine to be in safe as soon as the borders were opened.” 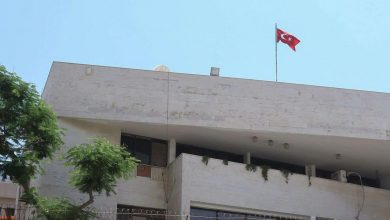 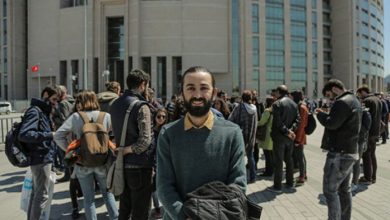 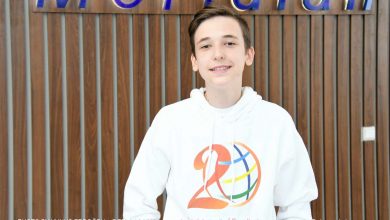 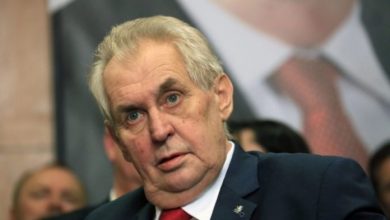