FATF earlier this week placed Turkey on its grey list of countries under increased monitoring due to strategic deficiencies in their regimes to combat money laundering and terrorist financing, a move that comes as foreign investment in the country is already close to the lowest level reached during President Recep Tayyip Erdoğan’s almost 20 years at the helm and is likely to further affect Turkey’s already limited ability to attract crucial foreign capital.

Speaking during a public event on Friday, main opposition Republican People’s Party (CHP) leader Kemal Kılıçdaroğlu blamed the ruling AKP for the grey-listing of Turkey by FATF, arguing that they had been “involved in all kinds of corruption” despite vowing to fight it.

“Turkey was placed on the grey list, which means it’s been added to the list of ‘governments suspected’ [of money laundering and terrorism financing]. Who has the right to harm this [country’s] reputation?” the CHP leader said.

“Can a Turkey, where drug lords detained by police are released and allowed to walk by some judges under pressure from politicians, be a respectable country? We’re going to change all that,” Kılıçdaroğlu added, referring to the 2023 elections, in which Erdoğan and his AKP are widely expected to be unseated.

Democracy and Progress Party (DEVA) lawmaker Mustafa Yeneroğlu also argued on Friday that Turkey was put on FATF’s grey list because of the AKP government “moving away from the culture of negotiation.”

“As DEVA, we had previously criticized … the failure [by the ruling AKP] to make any changes to comply with FATF recommendations and had warned them. Unfortunately, the European Commission recently stated that the government in Turkey didn’t work transparently, that tenders weren’t being hold openly and that the judiciary was open to political influence when dealing with corruption [cases]. Similarly, FATF also found the efforts to fight corruption insufficient,” the MP said.

Yeneroğlu was referring to the European Commission’s 2021 report on Turkey, which had stated earlier this week that backsliding in democracy, human and fundamental rights and the Turkish judicial system was continuing, also underlining serious deficiencies in the functioning of the country’s democratic institutions.

The lawmaker also said DEVA was calling on the AKP government to “put transparency rules into practice in order to prevent corruption and bribery” and “prevent Turkey from becoming a center for international terrorist organizations’ cash flow and money laundering.”

The opposition party also urges the AKP to stop using regulations to combat the financing of terrorism as a means to monitor associations and foundations in Turkey, Yeneroğlu added, referring to legislation titled “Preventing Financing of Proliferation of Weapons of Mass Destruction.”

The law, which entered into force on Dec. 31, 2020, was widely criticized for expanding government control over civil society groups in the name of “combating terrorism financing” since it includes provisions that enable the suspension of board members and employees as well as the dissolution of NGOs, without adequate and effective judicial safeguards.

FATF was founded in 1989 to combat money laundering, terror financing and other similar threats to the integrity of the international financial system.

Turkey was put on notice by the body in a report published in December 2019. While it said that Ankara understood “the risks it faces from money laundering and terrorist financing,” it found “serious shortcomings in the country’s framework to combat these crimes.” 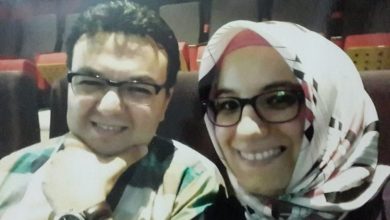 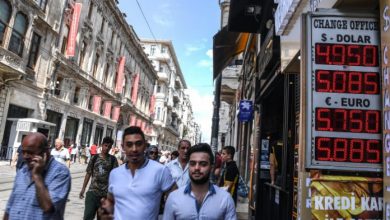