US President Joe Biden, meeting his French counterpart Emmanuel Macron in Rome, has acknowledged the United States had been “clumsy” in cutting France out of a deal to sell Australia nuclear-powered submarines earlier this year.

It was the first meeting of the US and French leaders as they sought to mend relations following a diplomatic row over the US, UK and Australia security pact reached in September.

Macron spoke first in French as Biden listened, saying the meeting was “important” and that it was key to “look to the future” as the two countries face new challenges. The two shook hands at the conclusion of Macron’s remarks.

The meeting was held at the Villa Bonaparte, the French embassy to the Vatican in the heart of Rome, and comes before the Group of 20 (G20) summit of leaders of the largest economies. Biden had met Pope Francis earlier in the day.

Biden and Macron greeted each other with handshakes and shoulder-grabs before their meeting. Biden did not formally apologise to Macron, but conceded the US should not have caught its oldest ally by surprise with the Australian deal.

“I think, what happened was to use an English phrase, what we did was clumsy,” Biden said, adding the submarine deal “was not done with a lot of grace”.

“I was under the impression that France had been informed long before,” he added.

The US argued that the move, which will arm the Pacific ally with higher-quality nuclear-powered boats, will better enable Australia to contain Chinese encroachment in the region.

“We clarified together what we had to clarify,” Macron added when asked by media if US-French relations had been repaired.

France had accused the US and Australia of “lying” about the submarine deal, which cost France about $60bn in lost revenue when Australia cancelled its purchase of French submarines.

US NSA Jake Sullivan had previewed the meeting, saying the two leaders would “literally cover the waterfront of issues facing the US-France alliance”, including counterterrorism in the Middle East, China and trade and economic issues.

“We feel very good about the intensive engagement that we’ve had with France over the course of the past few weeks,” Sullivan told reporters travelling with the president.

Macron thanked Biden for “very operational, very concrete decisions” in recent weeks to help the French military in the Sahel region of Africa.

France has about 5,100 soldiers based in Chad and Mali that are conducting coalition military operations against the groups linked to al-Qaeda and ISIL (ISIS) in the Sahel.

Macron had announced in July, France planned to bring the Sahel operation to an end in 2022 and reduce its forces in the region to about 2,500 to 3,000 soldiers.

The French president had been seeking greater US intelligence and military cooperation for French operations in the Sahel. 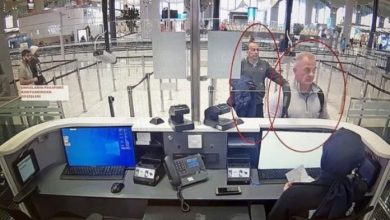 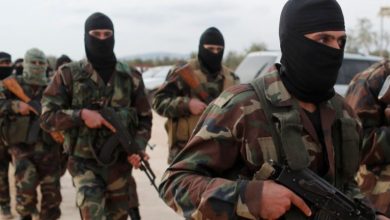