An İstanbul prosecutor has drafted an indictment against 38 former judges and prosecutors on conspiracy-related charges regarding a match-fixing scandal that surfaced in 2011, the state-run Anadolu agency reported on Friday.

The match-fixing scandal became news in the summer of 2011 when police launched an investigation into 19 football matches suspected of being fixed, and by July 10, 61 people had been arrested, including then-Fenerbahçe Chairman Aziz Yıldırım and Turkish national players.

In the indictment, drafted by the Bakırköy Chief Public Prosecutor’s Office, the former judges and prosecutors are accused of involvement in a conspiracy in the match-fixing investigation on behalf of the Gülen movement, accused by the Turkish government of masterminding a failed coup in 2016 and labelled a terrorist organization. The movement strongly denies coup and terrorism charges.

The indictment seeks prison sentences on charges that include “obtaining personal data,” “deprivation of liberty,” “abuse of official position or authority,” “violation of the confidentiality of communications” and “forgery of official documents by a public official.”

Among the indicted former prosecutors is Zekeriya Öz, who took part in the December 17-25 bribery and corruption investigations that shook the country back in 2013. The probe implicated, among others, the family members of four cabinet ministers as well as the children of then-prime minister and current President Recep Tayyip Erdoğan.

Despite the scandal resulting in the resignation of the cabinet members, the investigation was dropped after prosecutors and police chiefs were removed from the case.

Yıldırım, who was sentenced to six years in prison after being charged with match-fixing and forming an illegal organization in the original case, spent a year behind bars.

At his trial, he denied the charges and said the case was specifically designed to undermine the club that has won Turkey’s domestic championship 19 times.

In 2016 an İstanbul prosecutor’s indictment alleged the 2011 match-fixing charges were a plot by Gülen movement members who had infiltrated the Turkish judiciary and police to frame the club and topple its executives.

In June former chief executive of Turkey’s now-defunct Samanyolu Media Group Hidayet Karaca, who has been behind bars since December 2014 and is one of the 108 defendants in the conspiracy trial, was given a jail sentence of 1,406 years on various charges.

Former police chief Nazmi Ardıç, who is also jailed, was given a jail sentence of 1,972 years, 10 months in the same trial, while a former police officer was given 161 years, eight months on charges similar to Karaca’s.

Erdoğan has been targeting followers of the Gülen movement, a faith-based group inspired by Turkish cleric Fethullah Gülen, since the corruption investigations of Dec. 17-25, 2013, which implicated then-Prime Minister Erdoğan, his family members and his inner circle.

Dismissing the investigations as a Gülenist coup and conspiracy against his government, Erdoğan designated the movement as a terrorist organization and began to target its members. He locked up thousands including many prosecutors, judges and police officers involved in the investigation as well as journalists who reported on them.

Erdoğan intensified the crackdown on the movement following the coup attempt on July 15, 2016, that he accused Gülen of masterminding. The crackdown also targeted political opponents of the government, Kurdish activists and human rights defenders, among others. Gülen and the movement strongly deny involvement in the abortive putsch or any terrorist activity. 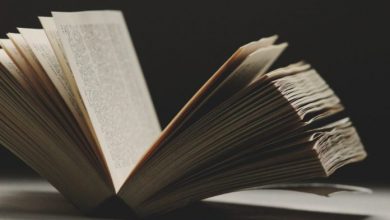