On Thursday morning, six Turkish men who were living in Kosovo suddenly disappeared.

That afternoon, a Turkish state news agency published photos of the six looking disheveled and standing next to Turkish flags; it wasn’t clear where the pictures were taken. The news story accompanying the images said the men were high-ranking members of the Gulen movement, a former ally of the Turkish government that officials now accuse of trying to overthrow the state since at least 2013. The report claimed that the men had been “arrested” in an operation between Turkey’s National Intelligence Organization (MIT) and Kosovo’s intelligence agency, and that they had already been brought back to Turkey on a private plane.

But were they? For more than two days after the first public reports of the arrests, it was unclear whether they were in Turkey or still in Kosovo but somehow in Turkish custody. Only on Saturday morning were they clearly confirmed to be in Turkey. As the alleged deportations began to look increasingly like outright abductions, they have become a real-time example of the threat posed by Ankara’s flagrant disregard for international norms. Countries that host Turkish citizens all over the world should be on notice that Ankara’s efforts to track down its opponents overseas poses a threat to their domestic rule of law.

In the first reports, Turkish and Kosovar officials claimed that the men had been deported to Turkey. Yet their lawyers were never given access to them, and neither country’s authorities gave proof of their location or condition to the men’s families in Kosovo. That fueled rumors that they might still be in the country, perhaps inside the Turkish Embassy or at the airport in Pristina, the capital. Their rights have clearly been violated. They were detained without access to a lawyer or the ability to contest the reasons for their detention and deportation. And they were rendered to the custody of a country where ill treatment and torture of the government’s opponents are common.

The Pristina abductions are merely the latest episode of Turkey’s global purge, the government’s campaign to pursue its opponents all over the world, which began in 2014 but has accelerated dramatically since the coup attempt of July 2016. In this time, Turkey has repeatedly resorted to extralegal means to target its perceived opponents abroad. Media monitoring shows at least 15 countries on three continents where Turkey’s pressure led to arrests or deportations. In five countries, Turkish citizens who had sought asylum were sent back to Turkey before their request was processed, a violation of international law. In at least three other countries, Turkey’s intelligence agency appears to have been involved in operations to extra-judicially render people from other countries to Turkey. Turkey’s media has also previously reported about the formation of a special MIT team to hunt Gulenists abroad. 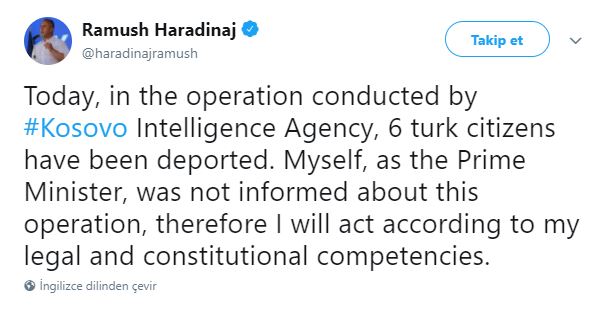 Kosovo’s prime minister, president and chairman of parliament initially said that the operation was conducted without their knowledge. The minister of interior and the head of Kosovo’s intelligence have already been dismissed, but the crisis may not stop there, as the events call into question the integrity of state institutions among Kosovars and the government’s subordination to foreign powers. The opposition has called for a parliamentary investigation into the events. On Saturday, Turkey’s President Recep Tayyip Erdogan denounced Kosovar Prime Minister Ramush Haradinaj and called on Kosovo’s citizens to bring him to account for having the gall to object to a Turkish operation on Kosovo’s territory. 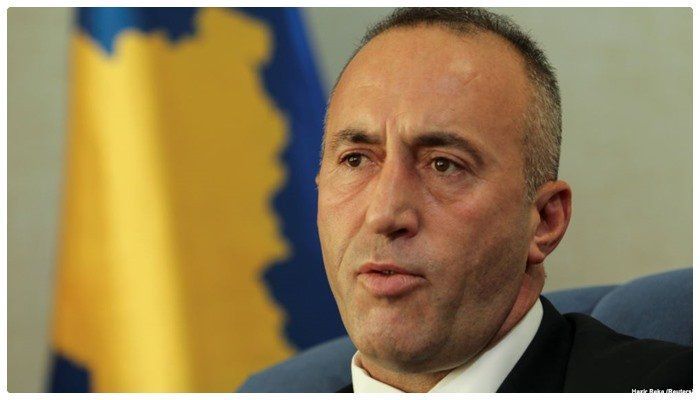 The idea that Turkish intelligence would brazenly abduct its citizens from a country with which it has putatively good relations is a shocking offense against both international human rights standards and bilateral norms. Turkey’s allies are once again witnessing just how Ankara values its bilateral relationships. The practice of taking citizens of its allies as hostages — as Turkey has done with Germany and the United States — was bad enough. Now Ankara is demonstrating its willingness to abduct Turkish citizens from a friendly country’s territory.

The Pristina events also throw into sharp relief the implications of Turkey’s global purge for the dozens of countries all over the world where accused Turkish dissidents have gathered — a group that may number in the hundreds of thousands, given the guilt-by-association criteria that Ankara is applying domestically and abroad in its “anti-terrorism” operations against academics, Kurdish activists, journalists and the Gulen movement. With reports of Turkish intelligence activities in multiple countries, including other kidnapping plots, governments should become much more willing to offer Turkish citizens asylum and must look very skeptically upon Turkish government requests for arrest and extradition.

In his first speech referring to the operation on Friday, Erdogan applauded the Kosovo operation, saying, “Wherever they may go, we will wrap them up and bring them here, God willing. And here they will be held to account.” Turkey is seemingly willing to violate international law to do just that. Every country where Turkish citizens seek refuge should be mindful. 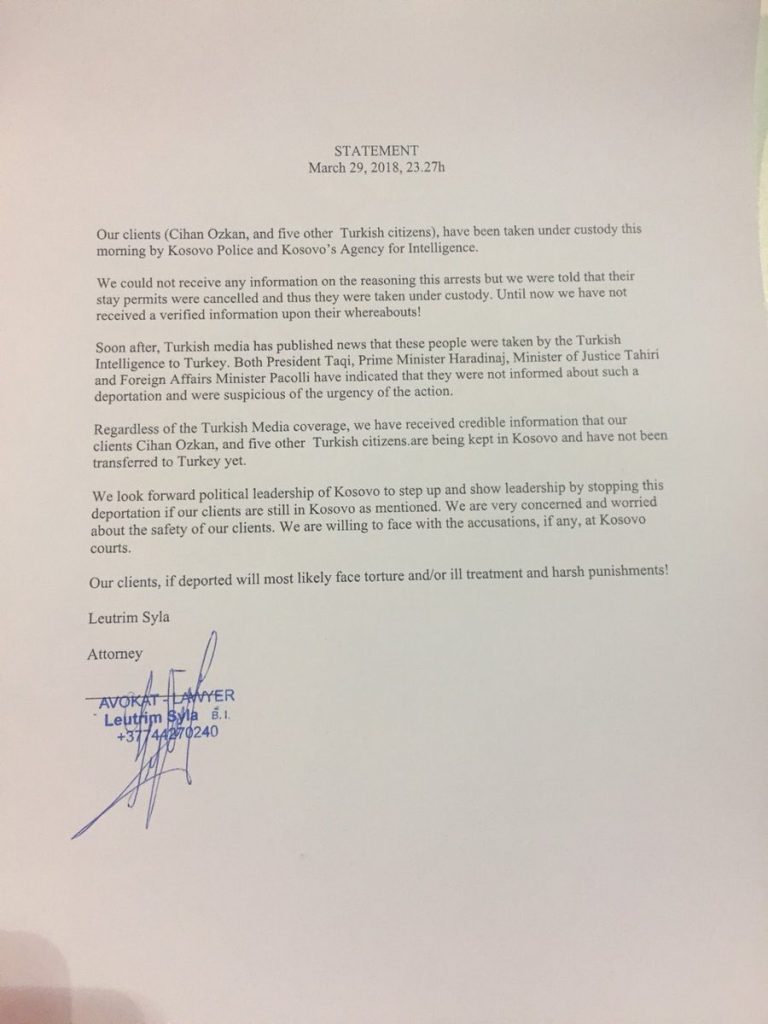 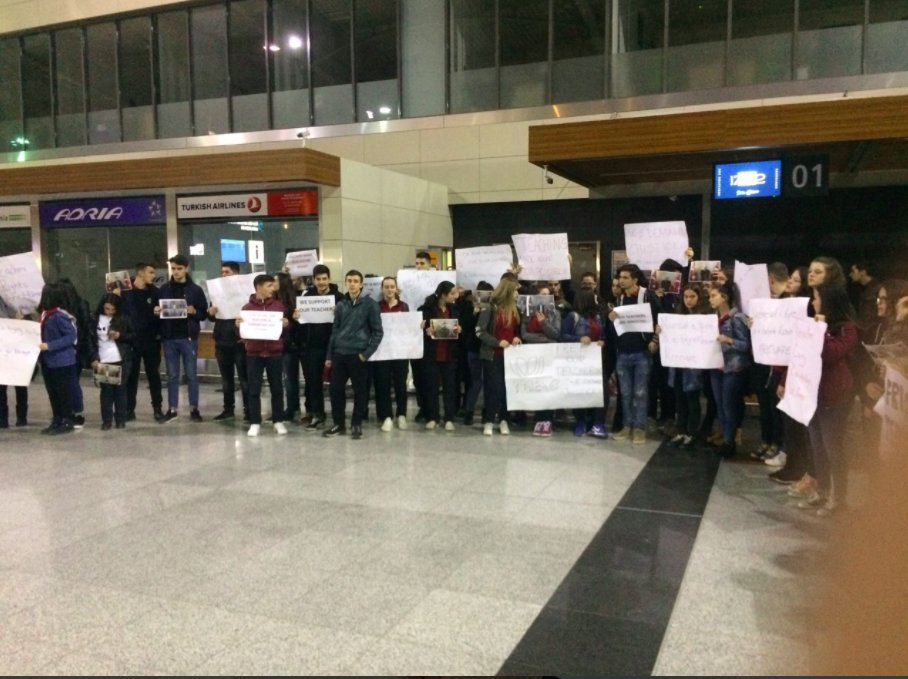 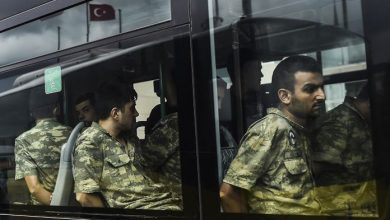 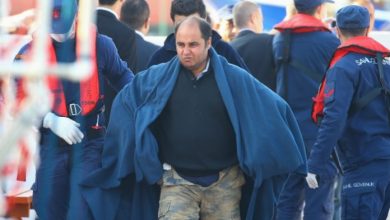