During the countdown to the March 31 local elections in Turkey, things are not as rosy as the Justice and Development Party (AKP) government has been trumpeting.

The tide is about to turn in global financial markets because the U.S. Federal Reserve has turned dovish on interest rates. Hence, interest in emerging markets is picking up again. This is helping the Turkish lira to remain less volatile for the time being. Yet, with each macroeconomic data release out of Turkey, it is becoming easier to grasp the full extent of the economic contraction that is now taking place, and the expected downturn that could continue in the years ahead.

Last week, industrial production figures for December showed output contracting 9.8 percent. The data marked the end of a series that now makes it possible to take a smart guess on the level of GDP contraction in the final quarter of last year. Economic growth should come in at a negative five to six percent.

But the finer details of the production data paint an even bleaker picture when one seeks to grasp their repercussions for the Turkish economy going forward. Production of intermediate goods slumped an annual 15 percent, durable goods and capital goods output both dropped 9 percent and there was a 19 percent annual contraction in middle-low technology goods production, the category that best encapsulates the output of small and medium-sized economic enterprises (SMEs) in Turkey. This tells a sorry tale of a protracted period of stagnation for Turkey.

November unemployment data – the jobless rate rose 200 basis points to 12.3 percent – thus came as no surprise. And nor does the non-farm unemployment rate of 14.3 percent, which looks scary when one considers that it is set to worsen in the coming months.

When the government refers to macroeconomic developments, it proudly presents the pace of improvement in Turkey’s problematic current account deficit – imports are contracting sharply – as a by-product of its success in taking back control of the economy. It claims to have repelled a so-called attack on Turkey and its currency by foreign forces, launched because the nation had become a star in the region. Well, of course, this is hardly the case.

Maybe there really is no need to say this, but Turkey was not attacked last year. Rather, its macro imbalances widened unsustainably as pro-growth measures by the government ahead of presidential elections resulted in a huge current account deficit and very high inflation. Investors fled the country in droves because these irresponsible policies also coincided with a selling spree in emerging markets provoked by the Fed’s programme of interest rate increases. A political crisis with the United States, which peaked in August, just served to exacerbate investor fears about the state of the country’s economy.

The slump in industrial production in December, and Turkey’s sharp economic slide, is based on a slump in domestic demand. Consumers are stuck between a rock and a hard place with high debt levels, high inflation, high interest rates and rising unemployment. So, it was the collapsing Turkish economy that led to the collapse in the current account deficit, which has now shrunk to $27.6 billion as of December, from $58.1 billion in May last year.

Still, the contraction in the current account deficit is hardly going to keep the Turkish currency safe. Rather, it comes as foreign investors continue to flee the country and due to the fact that the financing of the $27.6 billion deficit has depended on $21 billion of hard currency inflows that come from unidentified sources and that are categorised by the central bank as net errors and omissions. This should keep everyone awake at night.

While on the subject of the net errors and omissions item, it is quite extraordinary for a country’s central bank, which in this case is the Turkish central bank of course, to not know the source of $21 billion flowing into a country. It is quite possible that political pressures on the central bank have evolved from insisting on low interest rates to hiding information from the public; if one is to start thinking in a more questioning manner.

As the above misfortunes unfold in the Turkish economy – the result of years of economic mismanagement – the AKP government is of course fighting back ahead of the local elections to support the economy and its voter base. And it comes at a horrible fiscal cost for the Turkish economy, which will attract investor attention sooner rather sooner than later.

Disregarding the overall budget surplus of 5.1 billion liras recorded for January, tax income dropped by 11 percent in real terms, i.e. when we subtract the impact of inflation on government earnings. This decline was spurred on by a 20 percent drop in consumption taxes. Yet, what is even more disturbing is that non-tax revenues jumped by an incredible 452 percent in real terms due to government meddling with central bank rules. In other words, it persuaded central bank policymakers to change their regulations in order to transfer last year’s profits of 37 billion liras, bringing the transfer forward to January from April, just for the sake of creating populist election funding. The central bank’s profits were largely made at almost no cost to the institution itself – they came from lending to the financial system at an average of 18 percent. Therefore, local elections are actually being financed through the Turkish banking sector, indirectly.

The government has thus spent it all in an effort to stimulate the economy. Aside from the central bank cash, total budget expenditures in January rose 35 percent annually in real terms.

Thus, it was no surprise to read that ratings agency Standard & Poor’s, in a routine review, said it may lower Turkey’s headline credit ratings should it see an increased likelihood of systemic banking distress that could undermine its fiscal position. The agency, for the moment, affirmed Turkey’s junk level long-term foreign currency sovereign credit rating of B+ and kept the outlook stable. In contrast to Turkey’s official 2.3 percent GDP growth estimate for 2019, S&P expects the economy to contract by 0.5 percent this year and said there are major uncertainties over the forecast that could pave the way for a ratings downgrade. Referring to the Turkish banking sector, S&P issued some serious warnings about the deteriorating asset quality of the financial system, which has stood rock solid over the past 15 years. It said Turkish authorities had not laid out any concrete plans concerning how they might deal with banks’ asset quality problems and urged them to come up with a coordinated and consistent plan rather than ad hoc measures observed since last year’s currency crisis.

Turkish banks have seen a net capital outflow of $10.5 billion in 2018 because they have repaid some $6.3 billion in short-term and $8.7 billion in long-term foreign currency debt. The now cash-squeezed industry, busy with corporate debt restructuring, is not getting help from Turkish citizens, who are busy piling up foreign exchange deposits for safety reasons despite the fact that the Turkish lira appears to have stabilised.

Thus, as an investor or analyst, it would be wise to become fully familiar with the ongoing maladies of Turkey’s economy now that global sentiment favours emerging market assets once again. This time around, with elections in Turkey not expected to deal a major blow to Erdoğan’s strengthened presidential system, the polls are critical in terms of how the government creates further major macro imbalances to keep control of Turkey’s municipalities. The post-election period, therefore, is likely to be as problematic as ever for the Turkish economy, considering the likely recession and deteriorating picture for the budget. 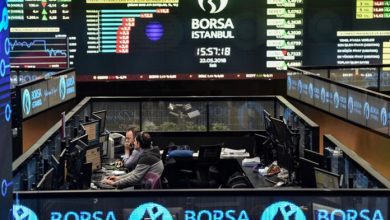 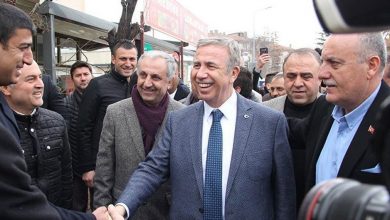 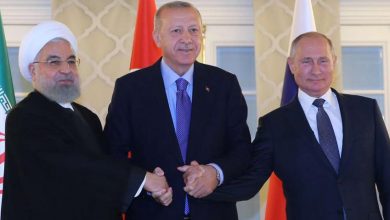