A total of 15,034 women have been murdered in Turkey since the Justice and Development Party (AKP) came to power in 2002, according to a report drafted by an opposition deputy, the Aktif Haber news website reported on Thursday.

According to the report, prepared by Sezgin Tanrıkulu, a deputy from the main opposition Republican People’s Party (CHP) who is also a human rights activist, only 66 women were murdered in Turkey in 2002; however, this figure rose to 440 in 2018.

The AKP, which first came to power as a single party government in 2002, has been in power since then.

The report also said there had been an increase in the number of murders of women in the workplace or on their way to work, committed by a man.

Women’s rights organizations have for years been trying to raise awareness about the increase in violence against women that has taken place in the last decade.

AKP leader and President Recep Tayyip Erdoğan has long been accused by critics of seeking to erode the country’s secular principles and limit the civil liberties of women.

Erdoğan has drawn the ire of feminist groups for declaring that every woman in Turkey should have three children and with proposals to limit abortion rights, the morning-after pill and caesarean sections.

He has also been accused of blatant sexism after declaring that women are not equal to men and claiming feminists in Turkey reject the idea of motherhood.

He said biological differences meant women and men could not serve the same functions, adding that manual work was unsuitable for the “delicate nature” of women.

Seen by critics as increasingly authoritarian, Erdoğan has also repeatedly lashed out personally at female journalists who displeased him. 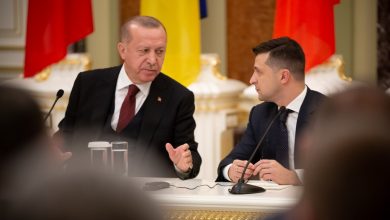