A picture has now emerged of Burhan Kuzu and a notorious Iranian drug lord while the two are having dinner.

The photo was published by Cumhuriyet daily on Tuesday.

Kuzu, a former MP for the Justice and Development Party (AKP), at first denied the assertion of links with Naci Zindasti, a drug lord who was busted in Istanbul, Turkey with 75 kilos of heroin in 2007.

He was later released after striking a deal with the prosecution to be a witness for the prosecution. This was according to an article written by columnist and anchorman, Fatih Altayli from Haberturk daily, in late 2018.

The controversial public prosecutor of the infamous Ergenekon trials, Zekeriya Oz, viewed his case. Hundreds of people had been prosecuted on charges of membership to a secularist clandestine organization and were acquitted later on in the Ergenekon trials.

Altayli further wrote how Zindasti’s daughter and his driver had been murdered at the behest of a rival mob boss when his vehicle was attacked during an armed assault.

The brutal attack was allegedly a retaliation after claims that he assisted in the arrest of another drug lord in Greece.

Following this, two men were killed by armed attackers in Istanbul’s outskirts, and they were allegedly killed by Zindasti’s men for attacking his car and killing his daughter.

It is further alleged how Zindasti hired hitmen to take out a rival out in the United Arab Emirates, but when he found out authorities are investigating the rival. He allegedly ordered the killing of the middle man who mediated between him and the hitmen. This was in an alleged bid to destroy evidence linking him the middle man.

In 2017, lawyer Kutbeddin Kaya was shot and killed in Istanbul. He was the attorney of Orhan Ungan, who had been on trial for ordering the murder of Zindasti’s daughter.

An order for Zindasti’s release was issued by a court in Istanbul in October 2018. Three hours after his release another arrest warrant was issued following the objection from the prosecution.

However, Zindasti was already at large. A probe was launched into his release and the judge who issued the ruling said in a statement a former MP of the ruling party pressured him for the decision, saying, “this is a highly sensitive issue for government.”

According to Altayli, this former MP was Burhan Kuzu, currently one of  President Recep Tayyip Erdogan’s trusted advisors.

Kuzu denied all allegations, dismissing them as a Gulenist plot, laying the blame on the Gulen Movement outlawed by Ankara as a terrorist organization.

After his photo with Zindasti was published by Cumhuriyet daily, Kuzu said during a telephonic interview it is no big deal and he was introduced to him by some AKP members as a businessman seeking Turkish citizenship. He defended himself by saying he did not help Zindasti and had never seen him again after learning he had “some troubles.”

Orhan Ungan, who is imprisoned for ordering Zindasti’s murder, filed a criminal complaint against Kuzu for the obstruction of justice in favor of the Iranian drug lord. 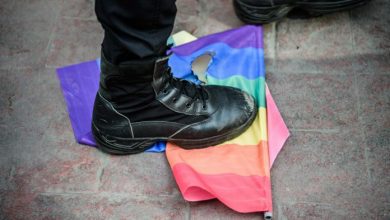 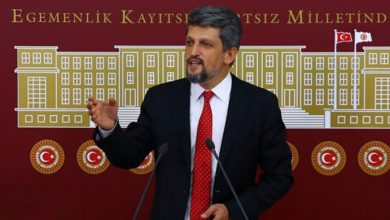