Out of more than 30,000 public servants who were arrested in the aftermath of a failed coup in Turkey in July 2016 due to their alleged links to the Gülen movement, most of them are teachers and military officers, according to data obtained by journalist Nedim Şener.

Şener, a columnist for the pro-government Posta daily, announced in his column on Monday the number of civil servants from various professions who were arrested in the aftermath of the coup attempt due to alleged Gülen links. The journalist said Turkey’s Justice Ministry had provided him with the figures.

The Turkish government accuses the Gülen movement of masterminding the failed coup attempt and labels it a “terrorist organization,” although the movement strongly denies involvement in the coup attempt or any terrorist activity.

More than 150,000 public servants have been removed from their jobs by the Turkish government due to their alleged links to the Gülen movement.

According to Şener’s column, 30,727 of these public servants were in jail as of March 8.

A total of 6,760 members of the Turkish Armed Forces (TSK) and 6,478 teachers are currently in jail due to alleged Gülen ties.

There are also 320 judges, 179 prosecutors, 2,696 police officers, 1,785 police chiefs, 26 district governors, 10 governors or deputy governors, 242 lawyers, two Constitutional Court members, 19 Council of State members, 64 Supreme Court of Appeals members and 347 doctors who are jailed due to their alleged links to the Gülen movement, while the remaining public servants hail from various other professions. The Turkish government is accused of carrying out a witch-hunt against followers of the Gülen movement and arresting regular, law-abiding citizens who played no role in the coup attempt. 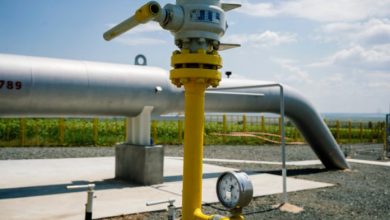