With opinion polls indicating Turkey’s ruling Justice and Development Party (AKP) could lose major cities in local elections on Sunday, a panicked government has resorted to hardline tactics to put pressure on the opposition and voters, said analysts Aykan Erdemir and Merve Tahiroğlu in an article for the Washington-based The Foundation for Defense of Democracies think tank.

President Recep Tayyip Erdoğan is campaigning hard ahead of the polls, the first since he took on executive powers last year. But an economic recession has hurt the AKP’s chances and could lead to Erdoğan’s opponents taking control of the municipalities of Istanbul, the biggest city, and Ankara, the capital, for the first time since 1994.

Erdoğan has been using the media, 90 percent of which is under his control, to undermine opposition candidates, Erdemir and Tahiroğlu said. In February, state broadcaster TRT gave 53 hours of airtime to Erdoğan and his far-right allies, all of which was favourable, and only six hours to the opposition, most of it negative coverage

Erdoğan has presented the local elections as a matter of national security, painting his opponents as being in league with terrorists. The president says the pro-Kurdish opposition Peoples’ Democratic Party (HDP) is the political wing of the Kurdistan Workers’ Party (PKK) that has fought an armed insurgency for Kurdish self-rule since 1984.

The HDP, which came third in general elections last year, is informally backing other opposition parties by not putting up candidates in big cities so as not to divide their vote.

Pro-government outlets this week said some 334 opposition candidates for local councils were linked to the PKK based on police reports that in some cases dated back to the 1990s. Erdoğan said on television on Thursday that he believed prosecutors would immediately open investigations into those candidates.

Opposition parties have alleged irregularities in electorate records. The Supreme Electoral Council’s electoral roll, made public in January, included more than 6,000 people over the age of 100, including one 148-year-old, one aged 149, and another aged 165. In some districts the number of voters increased dramatically, such as one district in the central province of Çankırı where the number of voters increased by 96 percent in six months.

The head of the Supreme Electoral Council said this week that 146,669 voters had been struck off the electoral roll.

“Despite Turkey’s uneven playing field, and Erdoğan’s intimidation and foul play, the opposition, against all odds, could still win a historic victory on Sunday, capturing the nation’s capital Ankara and its economic hub, Istanbul,” said Erdemir and Tahiroğlu.

“While there are no national elections scheduled for the next four years, losing key cities would be a major blow to Erdoğan, who extracts cash from municipal governments. A victory would also extend a lifeline to Turkey’s battered opposition,” they said.

Under the new constitution, the president controls the municipal purse strings and can cut off funds at will.

“Most of the municipalities are right now bankrupt, broken. They cannot pay salaries. They talk as if the local elections will end and they will restore the Turkish economy. Do not lie to the people. I am the one responsible of the Turkish economy. There is nothing local administers can do, whatever they are saying is just lies,” Erdoğan said on Thursday during an election rally. 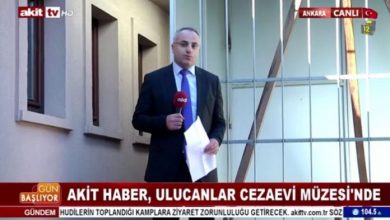 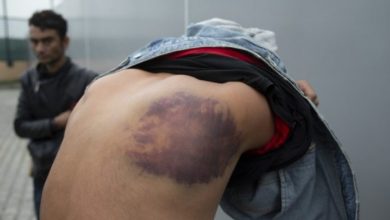