President of Ukraine Petro Poroshenko assured that the Ukrainian authorities were doing everything possible for the prompt release of Ukrainian military sailors captured by Russian servicemen in the Kerch Strait. The Head of State told this during a meeting with the Naval Forces of Ukraine and relatives of the captive military seamen in the course of the working visit to Odesa region.

“First of all, I would like to appeal to you with the words of gratitude for the fact that you brought up real heroes. Every day in captivity, I understand it very clearly, is a big test for courage of your loved ones, a big test for you,” Petro Poroshenko turned to the relatives of our heroes.

That is why today, the President has initiated this meeting as a symbol of solidarity with our boys. “For them to know for sure that Ukraine, the Ukrainian President, the Ukrainian authorities, the Armed Forces of Ukraine remember and struggle every day in order to speed up their release, their return home,” Petro Poroshenko said.

“It is a shame that despite strong international solidarity with Ukraine, we have not yet succeeded in achieving their liberation. The key to their return is in the hands of one person. The name of this person is the president of the Russian Federation,” he said at the same time.

“But I believe that this happy day will come. And it will come very soon,” Petro Poroshenko noted.

According to the President, the coordination of lawyers, special services, diplomats is extremely important in our joint efforts.

“And I am very proud of how our military sailors behave. Absolutely clear legal position – no Russian court has any jurisdiction in accordance with international conventions. They are prisoners of war and must be returned home immediately with seized armored boats and a tug. Also, free navigation for Ukrainian warships must be ensured immediately,” the President underlined.

He also noted that the Ukrainian side had used all the platforms, from the UN Security Council to the European Parliament in order to accelerate those steps.

“And now the courageous behavior of our heroes was properly assessed by the whole world,” the Head of State summed up. 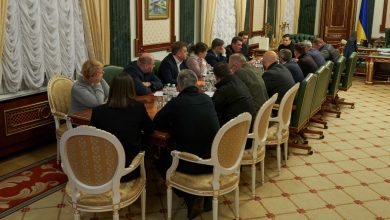 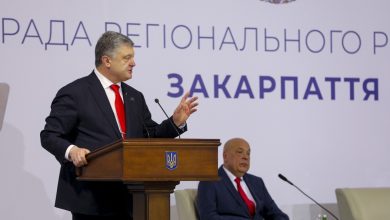 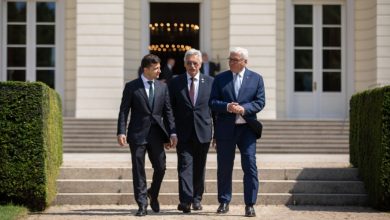