Ukrainian President Volodymyr Zelensky had not even been sworn in yet when Donald Trump’s consigliere, Rudolph Giuliani, initiated an attempt to lure him into pursuing a spurious investigation into Democratic presidential hopeful Joe Biden’s son. Fortunately, even the inexperienced Zelensky knew it was a booby trap.

NEW YORK – Beset with its own very large problems, the last thing Ukraine needs is to be sucked, yet again, into US President Donald Trump’s scandals. Fortunately, for all his deficiencies, Ukraine’s new president, Volodymyr Zelensky, seems to understand this.

Zelensky had not even been sworn in yet when Trump’s consigliere, former New York City mayor and mafia prosecutor Rudolph Giuliani, announced plans to visit Kyiv. His goal was to lure Zelensky into pursuing a spurious investigation into former Vice President Joe Biden’s son Hunter, who had served on the board of Burisma Holdings, one of Ukraine’s largest energy companies. With Biden now leading the pack of Democratic candidates seeking to oppose Trump in the 2020 presidential election, Zelensky was being offered a poisoned chalice.Giuliani was trying to turn the tables on the Democrats, who, in the run-up to the 2016 US presidential election, received compromising material on Trump’s then-campaign manager, Paul Manafort, through the administration of Ukraine’s then-president, Petro Poroshenko. Exposing Manafort’s activities in Ukraine (where he worked as a consultant for Poroshenko’s Kremlin-backed predecessor, Viktor Yanukovych) turned out to be a major feature of Special Counsel Robert Mueller’s recently concluded investigation into Russia’s interference in the 2016 election.In attempting to engineer a “reverse Manafort,” Giuliani had plenty of willing accomplices in Ukraine. According to news reports, Yuri Lutsenko, Ukraine’s prosecutor-general, wrote a letter to Giuliani in which he alleged that while Biden was vice president, he personally received income from a Ukrainian natural gas company in exchange for “lobbying activities and political support.”Lutsenko seemed to think that this bid to smear Biden would strengthen his position with Zelensky, who would not wish to be seen as opposing Trump. How surprised he must have been when Zelensky asked the parliament to dismiss him from his post.But the incompetent and flip-flopping Lutsenko was not Giuliani’s only ally in Ukraine. On the contrary, Giuliani’s own opaque connections in that country have been fodder for much speculation, and were included in the Mueller investigation.

Through his consultancy, Giuliani Partners, Giuliani has formed connections with people linked to Ukrainian mobsters, including Hennadiy Kernes, Kharkiv’s longtime mayor who was allegedly once an organized crime boss in the city. (Kernes denies those allegations.)

Giuliani is also linked to Pavel Fuks, an oil and real estate magnate of Russian-Ukrainian background who hired Giuliani’s security firm in 2017 to advise Kharkiv and to create a US office for supporting investment in the city. Fuks also claims that Giuliani was hired as a “lobbyist” for Ukraine’s national government. (Giuliani disputes this.)In any case, as Serhiy Leshchenko, who received and publicized parts of Lutsenko’s letter to Giuliani, confirmed, the Hunter Biden issue was a manufactured “conspiracy.” The role of Leshchenko, a former investigative journalist and current member of parliament, was somewhat poetic: it was he who, in 2016, exposed the “black ledger” listing secret payments made by Ukraine’s pro-Russia Party of Regions to Manafort when he was consulting for Yanukovych. (Giuliani decried that ledger – proven to be authentic – as “fake,” in order to advance the narrative that the Mueller investigation had been politically motivated.)As for Biden, he has condemned Giuliani’s efforts to lobby Ukraine to investigate his son, calling it “inappropriate” for the president to send his lawyer “to a foreign government to try to get them to do something that has no bearing except to try to embarrass.” In fact, the Trump administration’s behavior has a whiff of extortion: in 2017, Ukraine received $510 million in aid from the United States, and Trump already slashed that amount by more than half in 2018, to some $224 million.To be sure, it was not particularly wise, from Biden’s perspective, for his son to become a well-paid director at Burisma in 2014 – a time when Biden was acting as President Barack Obama’s point man on Ukraine amid Russia’s invasion and annexation of Crimea. Both Joe and Hunter Biden should have known that in Ukraine, as elsewhere, a company would view hiring the US vice president’s son as a surefire means of securing future favors.Complicating matters further, Burisma’s founder, Mykola Zlochevsky – who has fallen in and out of favor with Ukraine’s government over the years – had, by that time, been subject to several investigations mounted by then-Prosecutor-General Viktor Shokin. Then, in 2016, Shokin was sacked for corruption at Joe Biden’s urging. Indeed, Biden has proudly recounted how he used the promise of a billion-dollar US loan guarantee to bring about that outcome.Nonetheless, there is a big difference between bad optics and illegal behavior. Despite his lack of political experience, Zelensky, who was a television comedian before winning the presidency by a landslide last month, smelled something rotten in Giuliani’s plans. He reportedly had some help from advisers, who urged him not to agree to the meeting. Now, even Lutsenko has reversed his position, declaring Hunter Biden did nothing illegal in Ukraine and that there is no need for an investigation.Giuliani was thus forced to cancel his trip. Had he gone, he claimed, he would have been “walking into a group of people that are enemies” of Trump, and in some cases “enemies of the United States.” If exposing the Trump administration’s intrigues – and avoiding its booby traps – makes one an “enemy of the US,” one hopes it is a badge Zelensky remains willing to wear. 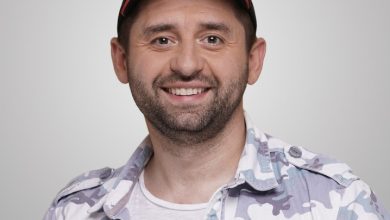 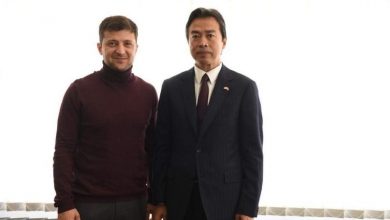 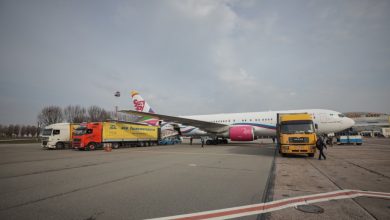 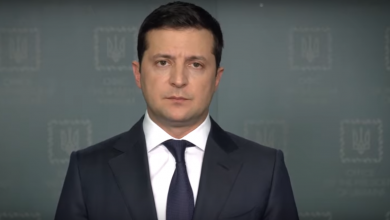