The jailed leader of the Kurdistan Workers’ Party (PKK) called on the Kurdish Peoples’ Democratic Party (HDP) to remain “impartial” in the upcoming İstanbul mayoral election, a Kurdish academic told reporters on Thursday, according to the state-run Anadolu news agency.

Ali Kemal Özcan, a sociology professor at Tunceli University, on Thursday visited Abdullah Öcalan at İmralı Island prison and later in the day held a press conference about a letter that included the PKK leader’s message.

Özcan claimed the letter was given to Öcalan’s lawyers on June 18 but that the lawyers hid it from the public.

HDP leaders and the party’s former co-chair, Selahattin Demirtaş, who has been behind bars since November 2016, urged Kurdish voters to support the opposition’s İstanbul candidate, Ekrem İmamoğlu.

President Recep Tayyip Erdoğan appeared on Turkish TV on Thursday, after the academic’s press conference, and claimed that Öcalan has recently been involved in a feud with Demirtaş and even the PKK.

The Turkish opposition, including HDP deputies, considered Öcalan’s letter a move from the government to keep Kurdish voters away from the ballot box in Sunday’s vote.

Öcalan’s lawyers said they would hold a press conference on Friday.

The latest polls suggest the opposition’s İmamoğlu has a clear lead in the race. 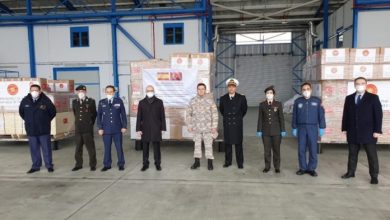