A mother is left with a traumatized child after armed gunmen abducted her father when the family was traveling together on February 21.

The daughter (6) asked her mom: “Mommy, are they going to kill us?” The child’s mother, Betul Zeybek, also witnessed the abduction of her husband.

The gunmen identified themselves as “the state.”

The abduction happened when the family was traveling on the Motorway 3, linking Istanbul to the border city of Edirne.

This latest abduction comes in the wake of previous reports where over twenty-three people were also abducted across Turkey. The particular case of Salim Zeybek gives credence and confirmation of the abductions. His wife, Betul Zeybek, has now given a detailed account of the incident, also witnessed by the two kids aged 6 and 8.

She said: “Salim strived to dodge the vehicle suspiciously following us for a while, he lost control and pulled over after bumping into several cars on the road. Shots were fired and this terrified us. The gunmen then managed to grab Salim and they sped away in the same suspicious car that was following us.”

“This is Turkey,” read the tweet of Can Dundar, a prominent Turkish journalist now living in Germany after serving a jail term and surviving a suicide attempt in his home country.

Betul continued: “I shouted, ‘don’t shoot! There are kids. We froze. The kids and I were screaming. It was a terrible atmosphere. They rounded us and shouted at my husband to get on the ground. He got on the ground face down. They split us and took my spouse away.”

Three armed men held Betul and her kids hostage at gunpoint subsequently, until they were dropped somewhere close to their residence after a long ride from Istanbul to Ankara.

Expelled from his post as an expert working for the Information and Communication Technologies Authority (ICTA) following the abortive 2016 coup, it has been eleven days since Salim was kidnapped, and there is still no sign of him since then.

A literature teacher who was also dismissed from her post as part of the post-coup crackdown, Betul rushed to the authorities and social media after her initial silence in fear of the threats from her husband’s abductors who told her: “Don’t you go to the public prosecutor or police!”

The incident came following the abductions of Yasin Ugan and Ozgur Kaya on February 13, who were taken from their residence in Ankara by some forty armed men who identified themselves as the police, according to those living in that district. Authorities provided no information to their families so far, and Yasin Ugan’s wife appeared on a live broadcast with the rights advocate MP Omer Faruk Gergerlioglu recently, who voiced the calls of Betul Zeybek before getting into the incident of Ugan.
Turkey is now a land of abductions, as it was common in the 90s

US-based journalist Abdullah Ayasun took to Twitter and wrote: “Zeybek is the fourth person who was abducted by men with Black Transporters in February. As the legendary vehicle of Toros became a symbol of mysterious disappearances during the bloody Kurdish conflict in the 1990s, Black Transporters emerged as new vehicles for intelligence.”

Ayasun was associating the recent kidnappings by Black Transporters to the ones carried out by an infamous white-colored Renault model in 90s.

The shady, armed figures exerting an extrajudicial force on behalf of “the state” are nothing unfamiliar in Turkey’s political landscape. The 1990s were a period filled with similar incidents, mostly against prominent Kurdish figures.

However, many thought Turkey got over the period of extrajudicial detainments after the ruling Justice and Development Party (AKP) came into power with promises of EU reforms, and enforcing some of them, bringing Turkey relatively enhanced standards of the rule of law.

However, Turkey’s story took a different turn after President Recep Tayyip Erdogan’s AKP was elected for a third consecutive term in 2011 as he displayed signs of an authoritarian drive, and the rule of law further deteriorated following the 2013 Gezi protests and corruption probes launched into the several members of his cabinet.

The final nail in the coffin came after the failed 2016 coup, as a state of emergency was declared in the wake of the putsch, giving Erdogan sweeping powers to crack down on the Gulen Movement, a faith group led by US-based cleric Fethullah Gulen, whom he accuses of masterminding the abortive coup.

Turkey has expelled 160 000 civil servants and detained nearly the same number of people who are accused of alleged links to the movement while over 40 000 are imprisoned on charges of being members of the organization.

The purge has not been limited to the dismissals and arrests, as extrajudicial detainments by Turkey’s intelligence agency, MIT, have increased in the last two years, according to the Human Rights Association (IHD).

A report presented to the Council of Europe claims that MIT carries out abductions targeting alleged Gulen affiliates, to take them in for interrogation in extralegal confinement. 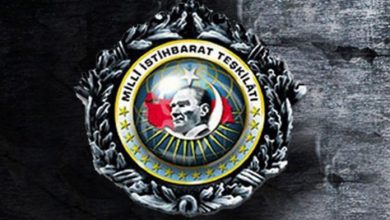 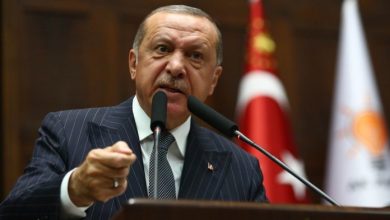 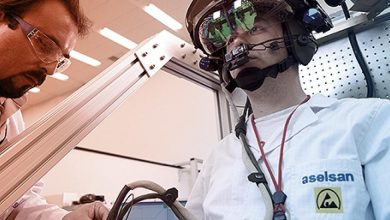