A draft law brought to parliament this week could see as many as 100,000 of the country’s nearly 300,000 inmates freed by expanding the criteria for granting early release.

But those jailed for terrorism offences would still be excluded from early release, and that includes politicians and other people who are serving lengthy terms for opposing the government, Sinclair-Webb said.

“Terrorism may sound like the gravest of offenses, but in Turkey, the government misuses the charge for political ends,” she said. “Many inmates are placed in lengthy pretrial detention or sentenced without evidence that they committed violent acts, incited violence, or provided logistical help to outlawed armed groups.”

With the number of coronavirus cases in Turkey rapidly rising and fears that the country’s cramped prisons could become a hotbed for the deadly virus, any move to release prisoners is welcome, the human rights activist said, “but such measures cannot become a tool for targeting political prisoners.”

“Parliament should reject any discriminatory exemption of terrorism prisoners and sick prisoners who have applied for postponement of sentences,” said Sinclair-Webb.

“It should make sure that decisions on early release of all prisoners are non-discriminatory – taking into consideration the imperative of protecting their health, particularly where there are risks due to age or underlying medical conditions – and objective, based on the risk prisoners may pose to others if released early.” 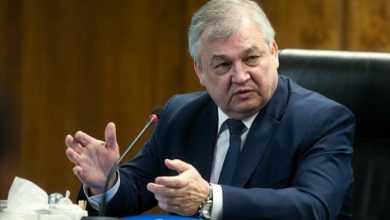