Turkey is seeking to reverse an exit of foreign investors from its domestic debt market, which has accelerated this year due to intensifying concerns over the direction of politics and the economy.

The share of Turkey’s local bonds held by non-residents has halved since January to about 5 percent of total, the lowest level since 2005, according to official data. The proportion had stood at more than 25 percent in mid-2013.

Earlier this month, Turkey’s Treasury and Finance Ministry signed a deal with Euroclear Bank, the Brussels-based international central securities depository, to allow investors unprecedented access to the local government bond market. The accord has the potential to reinvigorate foreign interest in Turkish bonds – Russia and Poland have seen such benefits in their own markets after signing up in recent years.

Foreigners have sold Turkish bonds in droves this year after the central bank slashed interest rates to below the rate of inflation and the government cracked down on trading in the lira in offshore swaps market, in the process opening investigations against Citigroup, UBS and BNP on charges of alleged currency manipulation.

Euroclear itself also came under fire, prompting it to temporarily suspend transactions in the lira on a platform shared with Clearstream Banking.

This year’s bond sell-off is the extension of a trend that has lasted for some seven years, provoked by concerns over the country’s authoritarian politics, unorthodox economic policies and increasingly anti-Western stance.

The nationwide Gezi Park protests that began in May 2013 and the crackdown by the authorities that followed were an initial catalyst for bond sales by foreigners, which helped reduce their share in the market to 20 percent from 25 percent inside a year.

A second sell-off occurred after a failed military coup in July 2016, when the government responded by arresting thousands of suspected plotters and began targeting its political opponents. The events prompted the European Union to freeze progress under Turkey’s membership talks. A third cash exodus occurred in mid-2018, as Erdoğan became embroiled in a political spat with the United States over the internment of a U.S. pastor on terrorism charges, which provoked a currency crisis in the summer.

More sales followed in 2019 as Erdoğan’s party lost control of Turkey’s three major cities of Ankara, Izmir and Istanbul in March local elections. The defeat led to the national election board call a re-run in Istanbul for three months later under severe political pressure. After losing the re-run, July saw Erdoğan sack and replace the governor of the central bank, after which policymakers began their rate-cutting spree, which has cut borrowing costs to 8.25 percent from 24 percent. Annual inflation is 11.4 percent

In October last year, Turkey launched a military incursion into Syria to battle Kurdish groups allied with the United States in the fight against Islamic State (ISIS). Erdoğan justified the invasion saying the groups were terrorists linked to the banned Kurdistan Workers’ Party (PKK). But further damage to Turkey’s relations with the West were done.

In a report this week, ING Bank said that the Euroclear deal would provide the Treasury and Finance Ministry with enhanced access to wider liquidity pools and could help reduce overall volatility in borrowing costs, citing examples of other countries who had signed up. Russia, it said, more than doubled foreigners’ share of local bonds since late 2012, when an agreement with Euroclear was struck.

ING said Ankara’s deal with Euroclear could mark a turning point in the perception that Turkey might disengage from international markets and the outcome could now, in fact, be the opposite.

Turkey Is seeking to attract capital to help finance measures to bolster the economy and lift the country out of a severe economic downturn caused by the COVID-19 pandemic. It has posted budget deficits of 43.7 billion liras ($6.4 billion) in March and 43.2 billion liras in April, the two largest gaps on record.

It also needs more cash from abroad to help finance its current account deficit, which is widening apace due to a slump in exports. Its financial problems have been exacerbated by a crisis in the tourism industry. The country had earned $34.9 billion from tourism last year, the most on record. Meanwhile, direct foreign investment has also contracted sharply.

The Treasury and Finance Ministry plans to borrow 82 billion liras from the domestic market between June and August this year to repay 61.1 billion liras of domestic debt coming due, according to its latest borrowing programme. Turkey historically uses any surplus in borrowing to finance government spending.

Despite some optimism about a turnaround in perceptions toward Turkey, the short-term benefits of the Euroclear deal may be rather limited.

The Turkish lira slumped to a record low of 7.269 per dollar in early May due to concerns about economic policy, which included state-run banks flooding the economy with cheap loans and allowing them to team up with the central bank to defend the lira.

The central bank’s foreign currency reserves, net of liabilities, are now in negative territory, exacerbating concerns about economic instability. With a trickle of tourism revenues anticipated for June and July, and perhaps August (Turkey is scurrying to persuade EU governments to lift travel warnings on the country) it may not be long before the lira returns to fresh lows.

Politics may also dissuade foreign investors from reversing their view on Turkey. Erdoğan is deepening Turkey’s role in the conflict in Libya, The government is ramping up political tensions with neighbouring Greece and drawing the ire of the Arab world for military operations in Syria and Iraq, the latest of which was the bombardment of northern Iraq and subsequent troop deployment to battle PKK militants in the area this week. Turkey is now vowing to set up more military camps there.

Ankara’s support for the United Nations-recognised government in Tripoli against opposition forces in the south and east of the country, backed by Russia, Egypt and the United Arab Emirates, is ratcheting up regional tensions further.

While Western powers call for a ceasefire, Libyan government forces are nearing the regional oil industry hub and city of Sirte, threatening to escalate the situation. Following an official complaint from France this week, NATO has opened an investigation into alleged Turkish naval harassment of a French ship off the Libyan coast. The ship was attempting to inspect a Turkish cargo vessel suspected of transporting arms to Tripoli.

Turkey has also drawn severe criticism from Europe, the United States and Israel for its efforts to explore for oil off Cyprus.

Defusing these regional tensions will be key to convincing foreign institutions that Turkey is a safe place to invest and is indeed part of the Western financial system. 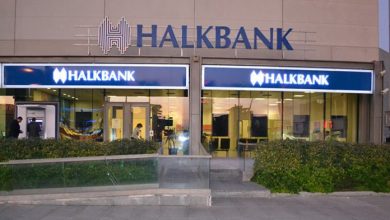 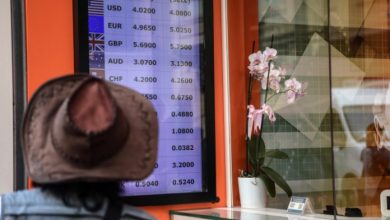