The government established the Strategic Communication and Crisis Management Department to counter “misinformation” that employs methods of “psychological warfare,” according to the official information.

News of the development comes following a Wednesday announcement by Interior Minister Süleyman Soylu, who said that “all the cameras [CCTV, or security cameras] in the country” will be connected to the presidential palace in Ankara.

The purpose of the new department was described as “ taking under control any kind of manipulation and disinformation against Turkey.”

One of the duties of the unit as defined in the presidential decree is “Countering any kind of manipulation and disinformation against the Republic of Turkey by identifying psychological operations, propaganda, and misinformation.”

The term “misinformation” has become popular in Turkey in recent years. Erdoğan usually dismisses accusations against him by his opponents, saying the allegations are “misinformation tactics.”

German reporter Deniz Yücel was incarcerated for months in Silivri Prison, where political opponents of the Justice and Development Party (AKP) and journalists were jailed.

Charges against him included the accusation of using misinformation tactics to defame the Turkish Armed Forces (TSK).

The new unit, which will “combat misinformation,” is responsible for identifying suspected activities both inside and outside the country.

In tandem with the bill regulating social media, among the duties of the new department is cooperation with the police and prosecutor’s offices to report social media users for the crime of misinformation.

Turks rushed to social media to criticize the establishment of the new unit.

“Good luck with our new ‘Ministry of Truth,’” one user tweeted, alluding to George Orwell’s “1984.”

All cameras connected to the palace

Another newly established department is the Security and Emergency Situations Coordination Center. Interior Minister Soylu announced that all city surveillance cameras in Turkey would be connected to the presidential palace via this center.

“We are unveiling an extraordinary mechanism that transfers all recordings from both police and traffic cameras to the Presidency,” Soylu said.

Social media was abuzz with references to Orwell’s “1984.”

“The #Prez now wants to be #BigBrother for real, as the #AKP Minister Soylu (@suleymansoylu) says that the complete camera network of the #NewTurkey will be connected to the office of the presidency,” tweeted a Turkish user. 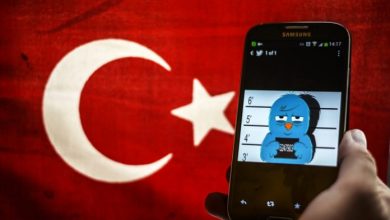 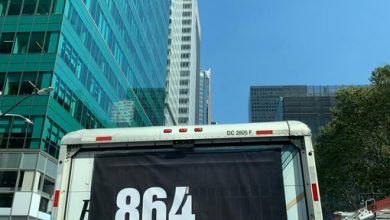