Reis Sedat Peker, a Turkish mafia leader, was arrested in North Macedonia and will be extradited to Turkey via Kosovo, exiled Turkish journalist Ahmet Dönmez reported on Monday.

According to Dönmez, Peker is currently held at a police station in Skopje, North Macedonia’s capital city. He also writes that Peker was arrested at the request Turkey by Macedonian police.

Local Macedonian news outlet Koronos described Pekerhttps://en.ukraynahaber.com/2019/03/19/pro-govt-mafia-leader-calls-for-arming-of-muslim-turks-after-new-zealand-attack/ as a “reputed drug lord” residing in the country and that he was accused of trying to contact drug traffickers there.

Peker had some notable high-level enemies inside Turkey including Berat Albayrak, President Recep Tayyip Erdogan’s son-in-law, and Alaatin Cakici, a mafia boss close to Devlet Bahceli, Erdogan’s coalition partner. He was previously imprisoned during the Ergenekon trials in 2013 and sentenced to a ten year long term, but he was released like many other defendants months later when the cases collapsed.

The gangster fled the country under a cloud of suspicion. He had dismissed reports that he fled due to legal troubles, saying he relocated to the Balkans to pursue business endeavours. Dönmez, the Turkish journalist, however alleges that Peker may have fled because of the dispute between him and Albayrak, who sought to have him arrested, pushing him to emigrate.

Sedat Peker, the convicted leader of a criminal organisation in Turkey, has dismissed reports that he fled the country due to legal troubles, saying he relocated to the Balkans to pursue business endeavours.

The hard-line Turkish nationalist took to Instagram following reports in Turkish media that he was being sought by police.

“I haven’t committed any crime to be wanted [by police]. I have no problem with the police of the Republic of Turkey, ’’ Peker wrote on Instagram on Monday, captioning a photograph of himself standing before a Turkish flag.

“I am on Balkan land,’’ the 48-year old said. “If God so allows, I will complete my university education and receive my degree. I have completed residence permit requirements in some countries for my business projects.’’

Peker also addressed rumours that he had divorced his wife.

“I smiled bitterly when I read news that I had fled to Montenegro and divorced from my wife,’’ Peker wrote.

Peker, twice convicted in Turkey of crimes including leadership of a criminal organisation, has been an outspoken supporter of President Recep Tayyip Erdoğan since his release from prison in 2014.

The crime boss made headlines for calling for the violent death of a group of Turkish academics who signed a petition in January 2016 calling on Turkey to de-escalate the conflict with Kurdish armed groups in the country’s southeast.

Convicted Turkish crime boss to give pro-Erdoğan speech at rally

Sedat Peker, a convicted leader of a criminal organization in Turkey, has announced he will join a rally one week before the June 24 elections and give a speech in support of Turkish President Recep Tayyip Erdoğan.

The elections are of crucial importance to Erdoğan, the front runner in the first presidential election under a new system that grants the president vastly enhanced executive powers.

Peker, a hard-line Turkish nationalist known for using violent rhetoric, announced on social media that he would be speaking at an event in the eastern Anatolian province of Elazığ to commemorate Turkish military casualties on Jun. 17.

Peker’s announcement included lines urging his followers to ensure that Erdoğan is reelected, though he insisted in a later Twitter post that the rally would not be a political event.

Twice convicted in Turkey of crimes including leadership of a criminal organization, Peker has been an outspoken supporter of Erdoğan since his release from prison in 2014.

When Turkish academics signed a petition calling on Turkey to deescalate the conflict with Kurdish armed groups in the country’s southeast in January 2016, Peker responded by threatening to “let (the academics) blood in streams and watch (them) drown in it.”

VIDEO | Conversation with Tom Gage on Gulen and Hizmet 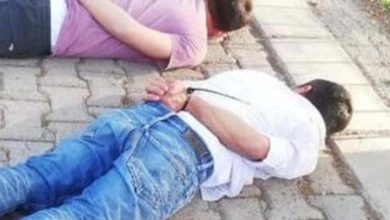 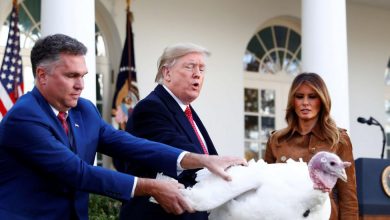