A regional appeals court in the southeastern Turkish province of Diyarbakır has upheld a prison sentence of 22 years, three months handed down to a former Kurdish lawmaker, the Mezopotamya news agency reported.

The Diyarbakır Regional Appeals Court upheld the lengthy prison sentence given to Leyla Güven, who was ousted from the Turkish Parliament in June 2020. She was also the co-chairperson of the Democratic Society Congress (DTK), the umbrella group of the Kurdish political movement.

Güven was jailed in December after she was sentenced by a high criminal court in Diyarbakır.

Following the regional appeals court’s decision, Güven will be able to challenge her imprisonment at the Supreme Court of Appeals.

Güven, who stood trial due to her statements critical of a Turkish military operation in the Afrin region of Syria, was convicted of charges of membership in a terrorist organization and two counts of disseminating terrorist propaganda.

The pro-Kurdish Peoples’ Democratic Party (HDP) had nominated Güven as a member of parliament from Hakkari province in the 2018 general election.

Güven was among three deputies along with HDP deputy Musa Farisoğulları and main opposition Republican People’s Party (CHP) deputy Enis Berberoğlu who were ousted from parliament in June after the country’s top appeals court upheld their convictions on terrorism and espionage charges. Berberoğlu returned to parliament in February after the Constitutional Court ruled that there were rights violations during his prosecution.

The top court decided unanimously in January that Berberoğlu’s right to stand for elections and engage in political activities had been violated by the lower courts because legal proceedings against him should have been suspended due to his re-election as a member of parliament in the June 2018 elections.

Güven and Farisoğulları were charged with links to the outlawed Kurdistan Workers’ Party (PKK) and Berberoğlu with disclosing government secrets.

HDP politicians are frequently subjected to legal harassment and face terrorism charges in Turkey as the government and President Recep Tayyip Erdoğan see the party as the political front of the PKK, listed as a terrorist organization by Turkey, the EU and the US.

Hundreds of politicians from the party including its former co-chairs have been behind bars on politically motivated charges for several years. 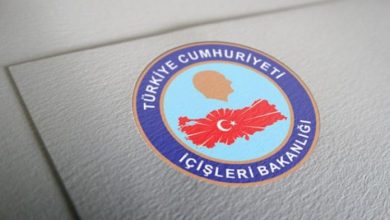