The annual General Assembly of INTERPOL will take place in Turkey this weekend. U.Senator Roger Wicker says the organization is a vital, global law enforcement network that helps police from different countries cooperate with each other to control crime.

During a speech on the Senate floor today, he called attention to the abuse of the International Criminal Police Organization (INTERPOL) by dictatorial and authoritarian regimes.

“Unfortunately, it has also become a tool in the hands of despots and crooks who seek to punish dissidents and political opponents in an effort to turn other countries’ law enforcement against the rule of law. Rooting out this sort of abuse should be the top priority going in to the INTERPOL General Assembly.”

Wicker pointed out that Turkey is one of the biggest abusers…as well as Russia, China and Venezuela.  He’s introduced the TRAP Act, which would fortify U.S. systems against INTERPOL abuse, and require that we use our influence to push for due process and transparency reform.

As Ranking Member on the Commission on Security and Cooperation in Europe, Wicker also called his colleagues to arms in the fight against global corruption and misuse of INTERPOL.

Read a full transcript of the Senator’s remark as delivered below:

On November 23, the International Criminal Police Organization, better known as INTERPOL, will begin its annual General Assembly in Istanbul. INTERPOL is a vital global law enforcement network that helps police from different countries cooperate with each other to control crime.

Unfortunately, it has also become a tool in the hands of despots and crooks who seek to punish dissidents and political opponents in an effort to turn other countries’ law enforcement against the rule of law. Rooting out this sort of abuse should be the top priority going in to the INTERPOL General Assembly.

These abuses make a mockery of Interpol and are threatening its continued existence. INTERPOL’s constitution cites the Universal Declaration of Human Rights as the basis for police cooperation. Importantly and significantly, Article 3 of that declaration forbids INTERPOL from engaging in any activities of a political, military, religious or racial character.

All 194 member nations have committed to uphold Article 3 and the entire INTERPOL constitution, so it is troubling. As a matter of fact, it’s even worse than troubling. It’s egregious that INTERPOL chose to host this year’s General Assembly in Turkey.

A country that has become one of the worst abusers of INTERPOL’s Red Notice and Blue Notice systems. Turkey has repeatedly weaponized INTERPOL to persecute and arrest government critics on politically motivated charges. Journalist Can Dundar is a prime example.

Mr. Dundar is one of Turkey’s most prominent media personalities and has received international awards for defending freedom of the press. In 2018, Turkey demanded that INTERPOL issue a red notice for Mr. Dundar’s arrest. What had he done? He simply criticized hisErdo government.

He had reported on the Turkish government supplying arms to an Islamist group in Syria. He was charged by a Turkish court with espionage and aiding a terrorist group. The group was never named. And sentenced to 27.5 years in prison in absentia.

Thankfully, Germany has refused to extradite Mr Dundar, but this is the sort of thing we see from this year’s host of the conference in June of this year. Turkish media reported that INTERPOL had rejected nearly 800 red notices sent by the Turkish government.

A Swedish human rights group reported in 2016 after the failed coup in Turkey, that the Turkish government filed tens of thousands of INTERPOL notifications targeting persons who were merely critics and political opponents of the government. Some of these people were stranded in international airports, detained and handed over to Turkey, where they ended up in prison.

There are also alarming signs that Turkey is trying to leverage this year’s General Assembly to further its own authoritarian goals. This past June, Turkish Deputy Foreign Minister Havel’s Saleem Kiran openly asserted that the General Assembly in Istanbul “will be an important opportunity to explain in detail our rightful position regarding our fight against terrorist organizations and our rejected notices.”

Translation: Turkey plans to use this high level event to mislead and lie to the international community. They will no doubt try to explain why President Erdogan should be able to hunt down his critics in foreign countries using foreign law enforcement through INTERPOL.

This will be a travesty, one that indeed threatens the legitimacy and future viability of INTERPOL.

And of course, Turkey is not the only offender we could talk about. Russia, China and Venezuela have routinely misused Interpol to oppress their critics.

The case of Bill Browder, a free critic of the Putin regime and advocate for the Magnitsky Act, is probably the most well-known example of such abuse. Vladimir Putin has issued no fewer than eight INTERPOL diffusions seeking to have Bill Browder extradited, none of which thankfully have been obeyed.

These abuses should not be allowed to go on. INTERPOL needs protection on behalf of countries that actually believe in human rights – they believe in open dissent and the rule of law. Providing that protection is why I have introduced the Transnational Repression, Accountability and Prevention Act or TRAP Act.

This is a bipartisan effort, Mr. President, with four Republican co-sponsors and four Democratic co-sponsors. This bipartisan legislation would fortify U.S. systems against INTERPOL abuse and would require that we use our influence to push for due process and transparency reforms at INTERPOL, American law enforcement should never be doing the work of foreign crooks and dictators.

I hope that I can count on my colleagues in this chamber to support this much needed legislation, and I invite my colleagues to be added to the co-sponsor list. Thank you, Mr. President. 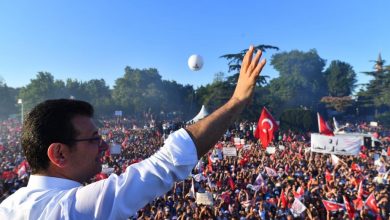 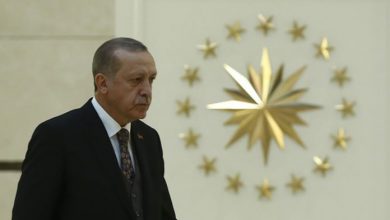 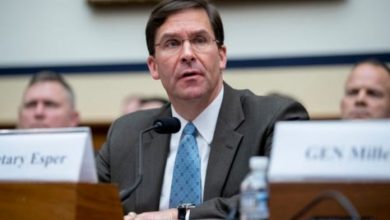 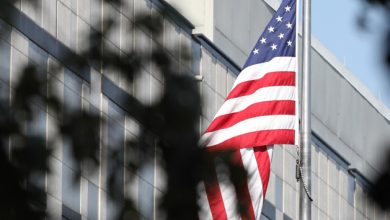