Çetin Kurşun, a reporter for the shuttered Kurdish-language newspaper Azadiya Welat, was imprisoned pending trial on February 21, 2018, on the charge of “aiding a terrorist organization without being its member.”

Kurşun was taken into custody on February 6 along with his brother, Sedat, during a police raid on their house in the Kızıltepe district of the Mardin province.

On February 20, the Kurşun brothers gave their statements before the prosecutor, who referred the brothers to the night court, requesting their arrest. The court released Sedat Kurşun while it jailed the journalist Çetin Kurşun pending trial.

Kurşun was sent to the Mardin Prison.

The 25th High Criminal Court of Istanbul on February 22, 2018, started hearing the final defense statements at the latest hearing of the case publicly known as the “FETÖ media trial.”

Twenty-nine journalists, including former T24 columnist Murat Aksoy and former singer and newspaper columnist Atilla Taş, are standing trial on “membership in a terrorist organization” in the case. Nineteen of the defendants are in pretrial detention.

Final defense statements of eight defendants, Abdullah Kılıç, Ali Akkuş, Atilla Taş, Bünyamin Köseli, Bayram Kaya, Ahmet Memiş, Muhammet Sait Kuloğlu and Davut Aydın, who gave his statement via his lawyer, were heard on February 22, during the first session of the hearing, monitored in the courtroom by P24.

The court ruled at the end of Thursday’s hearing that imprisoned defendant Emre Soncan’s file is separated from this case to be merged with a newly initiated case against him.

The hearing will continue with the second session on February 23.

Human rights defender and journalist Ömer Faruk Gergerlioğlu, the former president of the Association for Human Rights and Solidarity for the Oppressed (MAZLUMDER), was sentenced to two years and six months in prison on February 21, 2018, for one of his posts on social media.

The charges against Gergerlioğlu involved “praising the Kurdistan Workers Party (PKK) and Kurdistan Communities Union (KCK)” in his social media posts and articles he wrote for various news websites.

The 2nd High Criminal Court of Kocaeli convicted Gergerlioğlu, who is also a contributor to the online news outlet Artı Gerçek, of “conducting propaganda for a terrorist organization” via his social media account.

Gergerlioğlu said his lawyers will appeal the verdict.

Şükran Erdem and Mizgin Fendik, two employees for the pro-Kurdish newspapers Welat and Özgürlükçü Demokrasi, were taken into custody on February 22, 2018 in the eastern province of Van.

Both Erdem and Fendik were taken into custody during morning hours by police as they were distributing the newspapers to subscribers. Neither the police station to which the two distributors were taken nor the grounds for detention have been disclosed.

An Istanbul prosecutor on February 22 appealed the prison sentence handed down on February 13, 2018, to main opposition Republican People’s Party (CHP) deputy Enis Berberoğlu, saying the lawmaker should have been found guilty on “espionage” charges rather than “disclosing government secrets.”

Berberoğlu was sentenced to a reduced term of five years and 10 months in jail on February 13 by an appellate court, which convicted Berberoğlu of disclosing government secrets, at the conclusion of his retrial in the so-called “MIT [National Intelligence Agency] trucks case.”

Berberoğlu, a former journalist, was initially given a 25-year sentence in June for his alleged role in the publication of a news report in Cumhuriyet newspaper, which suggested that the Turkish government might have sent weapons to armed groups in Syria on trucks operated by MİT. But the Second Chamber of the Istanbul Regional Court of Law, an appellate court, overturned the verdict and ordered the retrial of Berberoğlu.

Berberoğlu’s lawyers said they would appeal the February 13 verdict. Berberoğlu is currently in the Maltepe Prison in Istanbul because of this conviction.

Çetin Kurşun’s imprisonment pending trial on February 21 has brought the number of jailed journalists in Turkey to 155. For the full list, click here.

For a full list of all the imprisoned journalists in Turkey, visit this spreadsheet. Lists of all of the foundations and associations as well as media outlets shut down can also be found at the same link, although on different tabs of the same spreadsheet. 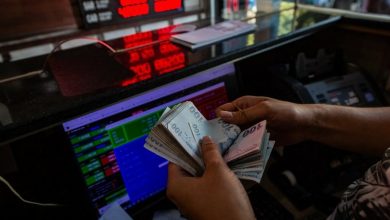 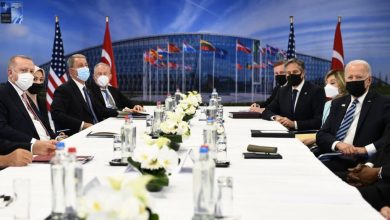