The total amount of gold in the official reserves of the world is 33.8 thousand tons, including in EU countries – 10.8 thousand tons. This is reported by the World Gold Council.

Ukraine takes 57th place in the rating. The total amount of gold in our country is 25.5 tons; its total cost is $ 1.1 billion.

“This chart was updated in December 2017 and reports data available at that time. Data are taken from the International Monetary Fund’s International Financial Statistics (IFS), December 2017 edition, and other sources where applicable. IFS data are two months in arrears, so holdings are as of October 2017 for most countries, September 2017 or earlier for late reporters. Where the World Gold Council knows of movements that are not reported to the IMF or misprints, changes have been made,” the report says.

The percentage share held in gold of total foreign reserves is calculated by the World Gold Council. The value of gold holdings is calculated using the end of quarter LBMA Gold Price, which is published daily by ICE Benchmark Administration for the value of other reserves are taken from IFS, table ‘Total Reserves minus Gold’.

The World Gold Council is the market development organisation for the gold industry aiming to stimulate and sustain demand for gold.

As it was reported earlier Ukraine’s foreign currency reserves have decreased to 18.4 billion U.S. dollars; in December 2017, it was almost 19 million.

There are two major reasons for this, the Bank explains. The first one is government-conducted payments of state debts in foreign currency (up to USD 565 million). The second reason is currency interventions perfiormed by the government, which aimed to calm down the extreme currency fluctuation.

Journalists in State of Emergency - 122 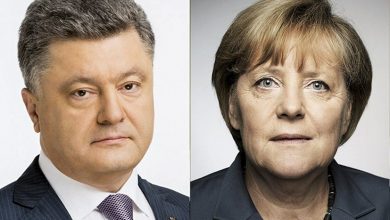