Turkey’s court ruled on Friday that two journalists should be released for the duration of their trial for subversion, a lawyer at the courthouse said.

Murat Sabuncu, editor-in-chief of the newspaper Cumhuriyet, and writer Ahmet Sik were ordered to be released, the lawyer said. However, Cumhuriyet noted that its attorney, Akin Atalay, was remanded in custody until the next hearing, on March 16.

The editor-in-chief of the newspaper, Murat Sabuncu, and prominent reporter Ahmet Sik have now been released on probation. Sabuncu has been detained since 31 October 2016, since 29 December 2016. Director Akin Atalay, who has been in detention since 11 November 2016, has not been acquitted.

On Friday, witnesses of the defence were heard at the sixth hearing of the trial in the court of Silivri Prison. The prosecutor demanded that Sabuncu, Sik and Atalay continue their detention. Can Atalay, the lawyer of Turkey’s most prominent reporter Ahmet Sik, said of the long detention pending trial: “Silivri 9 is not a detention centre. It is a prison where arrests have become the actual detention. “He also said defending the time limit violates the foundations of a fair trial.

The defendants had no chance to speak in court. At the fifth hearing in December, the court prevented journalist Ahmet Sik from speaking and referring him to the courtroom.

“We are innocent. We will not bow our heads to get free. We have been sitting for 16 months for no reason, “said the defendant Akin Atalay in the courtroom to Bulent Utku, the lawyer who was previously detained.

Prosecutors charge that Cumhuriyet was effectively taken over by supporters of Fethullah Gulen, a U.S.-based cleric blamed by the government for a 2016 failed coup. The newspaper and staff deny the charges and say they are being targeted to silence critics of President Recep Erdogan. But the evidence was always the same: it was based on the news the newspaper had published.

Social media posts made up most of the evidence in the indictment, along with allegations that staff had been in contact with users of Bylock, an encrypted messaging app the government says was used by Gulen’s followers.

Earlier on Friday, Turkey’s highest court overturned a five-year jail sentence for Cumhuriyet’s former editor-in-chief, Can Dundar, saying he should face up to 20 years in prison on espionage charges, the state-run news agency Anadolu said.

Since the July 2016 coup attempt, more than 150,000 people have been sacked or suspended from their jobs in Turkey, and another 50,000 have been arrested over alleged links to Gulen’s network.

Around 150 media outlets have been shut down and 160 journalists jailed, the Turkish Journalists Association says. 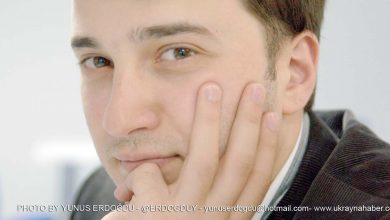