King’s Cross in London has been closed amid a pro-Kurdish demonstration at the station.

The demonstration in London comes hours after a similar protest forced the closure of Manchester Piccadilly railway station.

Similar events are taking place across Europe as social media users say they are demonstrating in support of Afrin, the besieged city which Kurds claim is being “ethnically cleansed” by the Turkish military.

According to National Rail, there is only one exit currently functioning at King’s Cross as police address “an incident” outside.

Virgin Trains said on Twitter that it was in the process of contacting trains which were already on the move, and asked passengers to listen out to announcements from their on-board train managers.

At a protest against the Turkish offensive held at the airport in Dusseldorf, brawls broke out between Kurdish and Turkish demonstrators.

At the time of Manchester Piccadilly’s closure, BTP’s superintendent Mark Cleland said: “While we appreciate and respect the right to peaceful protest, when this compromises the safety of the public and the protesters themselves, any offenders will attract the full investigative resources of BTP.

“Those involved in this afternoon’s incident will be subject to intense investigation with a view to arrest and prosecution.

Among those present at Manchester Piccadilly was Chris Woodhouse, who said families were in tears on the platforms as trains bound for airports were among those cancelled because of the demonstration. 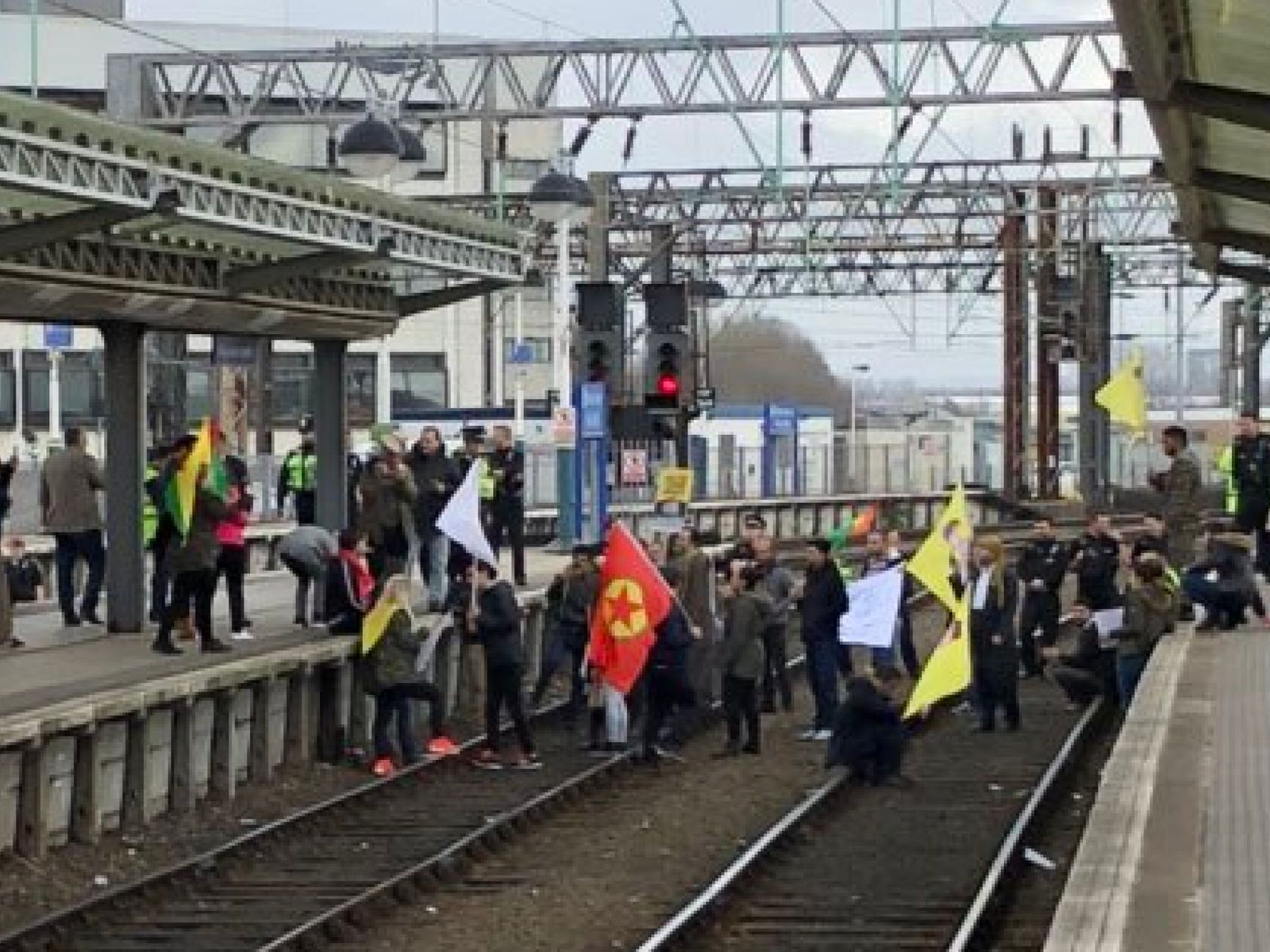 “We will continue to maintain a police presence at this station and at other stations across the rail network.”

Sky News was the first British broadcaster to reach the besieged city and saw first hand dozens of civilian casualties and victims of the Turkish offensive.

Turkey regards the YPG as a terrorist group, although it is not a proscribed organization. 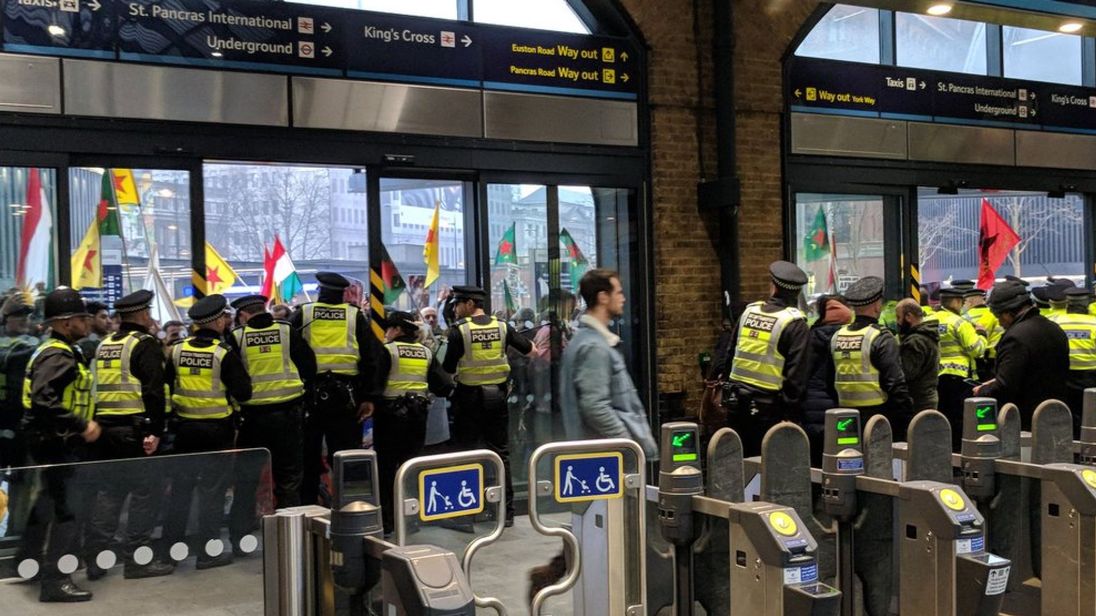 The government in Ankara has accused the YPG of supporting another armed Kurdish organization, the PKK (the Kurdistan Workers’ Party), which is considered a terrorist group by NATO.

Red flags displaying the emblem of the proscribed PKK are also visible in images of the Manchester Piccadilly protest posted to social media. 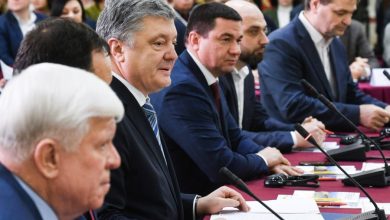