The Head of State emphasized the importance of the industry and expressed strong commitment to support the IT sector. “I am here today to hold an extremely effective dialogue, so that we can hear each other,” Petro Poroshenko said.

“The IT sector is the direction that determines the future,” the President emphasized, noting that the meeting was initiated in order to discuss what the state can do in order to stimulate the industry.

“I firmly believe that this is a priority sector that ensures high competitive strengths on the continent and in the world. And there is a vivid confirmation of that. Already in 2016, there have been 100,000 specialists in the IT sector in Ukraine ensuring the creation of a powerful middle class. The middle class, which stands for democracy, for freedom. It is free and provides economic growth with all its consequences. At the beginning of 2019, according to statistics, there are already 161 thousand specialists,” the President noted.

According to him, in two years, if there is an effective interaction and cooperation, there will be 200 thousand such specialists. “The sector already provides 4% of GDP. In two years, there is every reason to believe that it will reach 6.8% of GDP,” Petro Poroshenko stressed.

The President also noted that the industry contributed to the balance of payments, the inflow of foreign currency and so on. At the same time, he added: “It would be great if we worked not only on outsourcing, but also on the creation of creative business within the state. I am sure that this can be done”.

Petro Poroshenko reminded that very important steps had already been taken to spread the Internet. “Remember, in 2014, when I was elected President, we did not have third-generation mobile communications. They could not organize a transparent procedure of the competition,” he said, adding that there is already 3G and 4G mobile communication. Preparations are taking place for the introduction of 5G.

“To date, we urgently need these elements, tools to ensure that there is no place in Ukraine without the Internet. The Prime Minister and I are doing everything to ensure a high-speed Internet in Ukraine in the shortest possible time. Because it will ensure a new Ukrainian school, a rural medicine program, where medical services will be provided through telemedicine mechanisms. And also the mechanisms of e-governance, because we need to have effective management in every village council. On the one hand, it will increase the anti-corruption effect, on the other hand, it will increase the efficiency of governance, because the issues will be considered more quickly and transparently,” the President mentioned the main directions of the industry’s development.

“I’m sure that we are allies in each of these directions: defense and security, protection of the will expression, raising the middle class, prioritizing the IT sector as a state policy, rural medicine, new Ukrainian school,” Petro Poroshenko said, emphasizing the importance of developing a new creative class.

The Head of State wants the Ukrainian youth to prepare competitive participants of the future of the IT sector through the mechanisms of state support for education. “I really want our cooperation to result in the creation of not only the middle class, but also mechanisms for the youth not to leave the country,” Petro Poroshenko added.

The President also stressed the importance of ensuring the cyber security of the state. He informed that today’s meeting in the General Staff with heads of the Armed Forces of Ukraine had touched upon the issues of cyber security as a key component of the security of our state. “Without IT specialists in the Armed Forces of Ukraine it is impossible to provide reliable protection,” he said.

According to Petro Poroshenko, this issue was discussed at the level of the NSDC, where the mechanisms were developed together with the Security Service of Ukraine, the relevant department of the National Police in conjunction with American partners on the cyber defense of the Central Election Commission. He noted that two DDoS-attacks from the Russian Federation had taken place a day before.

In turn, Prime Minister of Ukraine Volodymyr Groysman emphasized the importance of working with the IT industry representatives with a view to elaborate the rules under which the IT industry will operate and which will allow its rapid development.

“We have two fundamental questions on which we have to find answers. And we constantly discuss that with the President. The first is the creation of stable rules for the development of the IT sector. In order to determine that in the next 5 years, preferably 10 years, we will create absolutely normal regulations, a tax base to ensure that investment in the IT sector is protected by stability,” Volodymyr Groysman noted. “The second position is education: training of young specialists and their introduction into the real sector in Ukraine,” he added.

The representatives of IT companies of Ukraine expressed views on improving the work of the industry and outlined the priority areas of development. The President also got himself acquainted with the developments of GlobalLogic Ukraine.

We must fight for a new human mentality where aggression, anger and hatred will be atrophied feelings – President

We must fight for a new human mentality where aggression, anger and hatred will be atrophied feelings – President 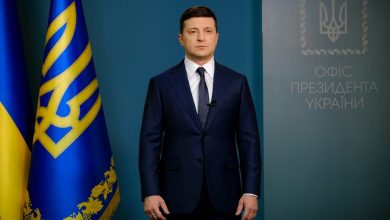 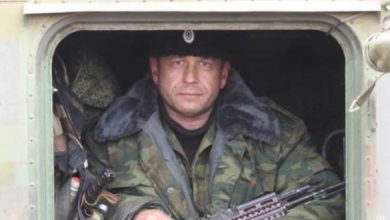 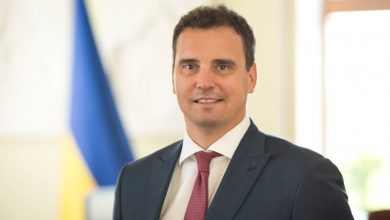 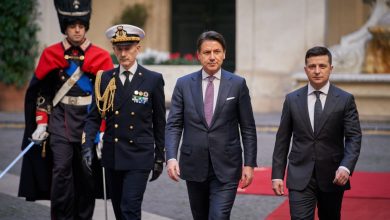