Turkish prosecutors on Tuesday ordered the detention of 101 people, including military members and public servants, as part of a post-coup crackdown targeting the faith-based Gülen movement.

Ankara accuses US-based Islamic cleric Fethullah Gülen and his network of orchestrating a failed coup in 2016, although Gülen strongly denies any involvement.Since then over half a million people have been the subjects of prosecution on suspicion of membership in the movement.

The İzmir Chief Public Prosecutor’s Office ordered the detention of 37 people over Gülen links.The state-run Anadolu news agency reported that 22 of the suspects were active duty soldiers, while others were previously dismissed from military service.

The suspects are accused of maintaining contact with “secret imams,” who according to Turkish authorities are key figures in the Gülen movement’s infiltration of the Turkish army.At least 33 of the suspects were detained in police operations.

The Ankara Chief Public Prosecutor’s Office also issued detention warrants for 34 people over their alleged ties to the movement.The suspects, some of them public servants, are accused of using ByLock, a smart phone application that Turkish officials believe was used among the followers of the Gülen movement.

Twenty-four of the suspects have been detained by the police.

The Anadolu report suggested that the suspects’ names were mentioned by other alleged members of the movement in previous detentions and interrogations. 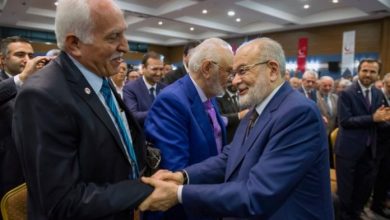