Ozhaseki alleged that as pro-Kurdish armed groups, the Kurdistan Worker’s Party (PKK) and radical leftist group, DHKP-C, support CHP and that these terrorist groups will ask for jobs in the municipality from the opposition.

“God forbid. Just imagine, the collector who brings the water bill to your house is a militant!” warned Ozhaseki.

In his speech, Ozhaseki claimed that leftist parties had built nothing in Turkey, yet he now had to compete with the leftist CHP and Democratic Left Party (DSP) coalition in the upcoming election.

“I criticize leftist parties. I don’t care about their lifestyle, but they must prepare a book and explain their planned projects for the people. What’s their plan for Ankara? What kind of investment have they planned for the construction, trade and industry sectors? What are they planning for rural areas? They must explain their projects in every district. Leftist parties have not prepared any projects, but they run their business through talk and no action,” said Ozhaseki, lambasting the opposition candidate.

He claimed that AKP has many projects planned for Ankara residents and therefore they will vote for him.

The ruling party AKP received harsh criticism from the opposition who claimed that it polarised Turkish society based on religious, ethnic and political views.

Last week, AKP shared an online leaflet, signed by Erdogan, comparing the “qualities” of the People’s Alliance (AKP and MHP) and The Nation Alliance (CHP and Good Party). Erdogan described the qualities of the opposition alliance as an alliance of dirty relations, social engineering, and secret negotiations.

Erdogan accused the opposition alliance of taking orders from PKK and the Gulen Movement.

Family ensures unity of the Ukrainian people, and unity allows us to overcome the aggressor - President 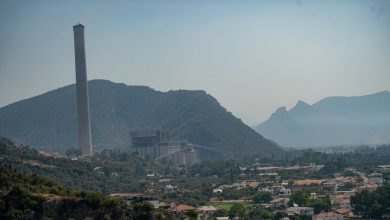