Excluding NATO-member Turkey from the trillion-dollar F-35 fighter jet program would be challenging due to Ankara’s integral role in the stealth jet’s production process, but not impossible, US sources familiar with the situation told Reuters.

Last week Reuters reported that the United States could soon freeze preparations for delivering F-35 fighter jets to Turkey, a move that would widen the rift between Ankara and Washington, the latest disagreement in a years-long standoff.

At the heart of the matter lies Turkish President Recep Tayyip Erdoğan’s commitment to buy a Russian air defense system that the United States says would compromise the security of F-35 aircraft, which is built by Lockheed Martin Corp.

The United States and other NATO allies who own F-35 fighter jets fear the radar on the Russian S-400 missile system will learn how to spot and track the F-35, making it less able to evade Russian weapons in the future.

The United States has offered Turkey the more expensive, Patriot anti-missile system at a discount that expires at the end of March, but on the condition that Ankara drop its plans to buy the S-400.

So far Ankara has not shown any willingness to reverse the S-400 purchase, forcing the United States to explore a future for the  program without Turkey, which makes parts of the fuselage, landing gear and cockpit displays.

Two US sources familiar with the F-35’s intricate, worldwide production process and US thinking on the issue say Turkey can be replaced.

“There are about 800 parts that Turkey makes for the F-35, and of them, very few are sole source,” said a person with direct knowledge of the US position, explaining that single source parts from Turkey can be replaced by contractors who had previously bid to make them.

“Turkey is not too big to fail,” the person said.

Replacing or finding substitutes for the Turkish components would slow production for a three-month period at the Lockheed Martin facility that builds the jets, the person said.

Turkish Foreign Minister Mevlüt Çavuşoğlu in December said Ankara plays a significant role in the production of the trillion-dollar jet and therefore removing it from the program would not be easy.

But sources say several components of the F-35 made in Turkey, can be easily replaced. For example, the center fuselage produced in Ankara, could be made by Northrop Grumman Corp., which already makes them in California. 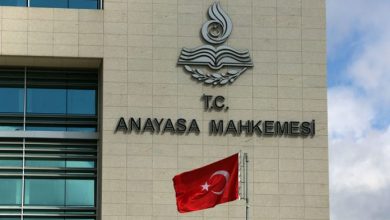 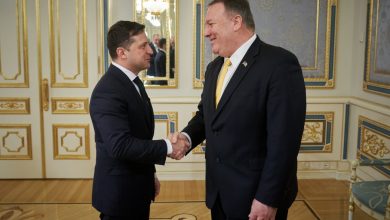